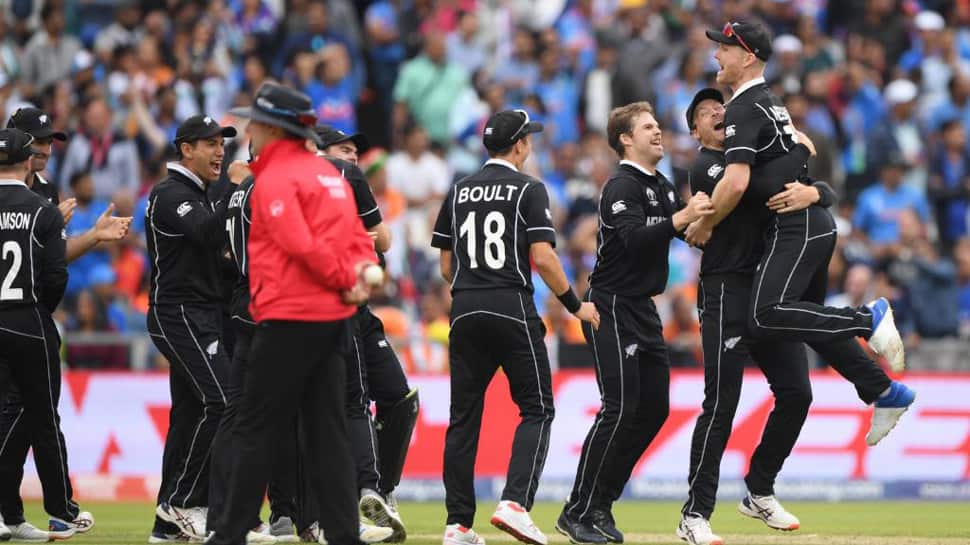 New Delhi: New Zealand are all set to take on England in the final match of ICC Men's World Cup 2019 at Lord's in London on July 14. Kane Williamson-led side lifted their game after they decimated India in the first semi-final match. Despite not posing a humungous score against the Men in Blue,  New Zealand blowers smashed India’s strong batting line-up. Kiwis reduced them to a disappointing 5/3 before a partnership of Ravindra Jadeja and MS Dhoni saved the team from an embarrassing defeat.

Some of the bankable bowlers from the Blackcaps are Trent Boult, Lockie Ferguson, Tim Southee and James Neesham while on the batting front Kane Williamson, Ross Taylor and Martin Guptill.

Here's are the top batsmen of New Zealand

New Zealand Skipper Kane Williamson has led his side to glory with aplomb. He is top scorer for Black Caps with 548 runs in 9 matches. Williamson has scored two centuries in this World Cup. It is always tough to dismiss Williamson once he gets his eyes in because he scores at a quick rate without taking much risk. Williamson is not a flamboyant batsman but he has ability to take on any bowler and score runs with ease.

Williamson had scored a match-winning century (106*) against South Africa to help his side win by 4 wickets. Williamson's commanding innings helped the Kiwis chase down 241 runs with 3 balls to spare. The Kiwi skipper hit his second century in the next match against West Indies. In the semi-final match against India scored 67 runs.

In the last match against India, Ross performed decently by scoring 74 runs. Taylor has not scored a century in this tournament but he is known for playing well in big games and final will definitely be a stage where he would like to showcase his talent. His total score is 335 runs ihn 9 matches.

Guptill is known for tearing apart opposition bowlers in the powerplay overs. However, in the semi-final match against Guptill only managed to score 1 run. It is surprising that Guptill has scored only one half-century in this World Cup. Although Guptill has not scored big so far, England should not doubt his potential and should think of ways to dismiss him as quickly as possible.

New Zealand vs England, World Cup 2019 final: As it happened