Azam also added to his burgeoning reputation as one of the world`s top upcoming batsmen, completing his third Test hundred after knocks of 104 and 97 in his last two Tests in Australia. 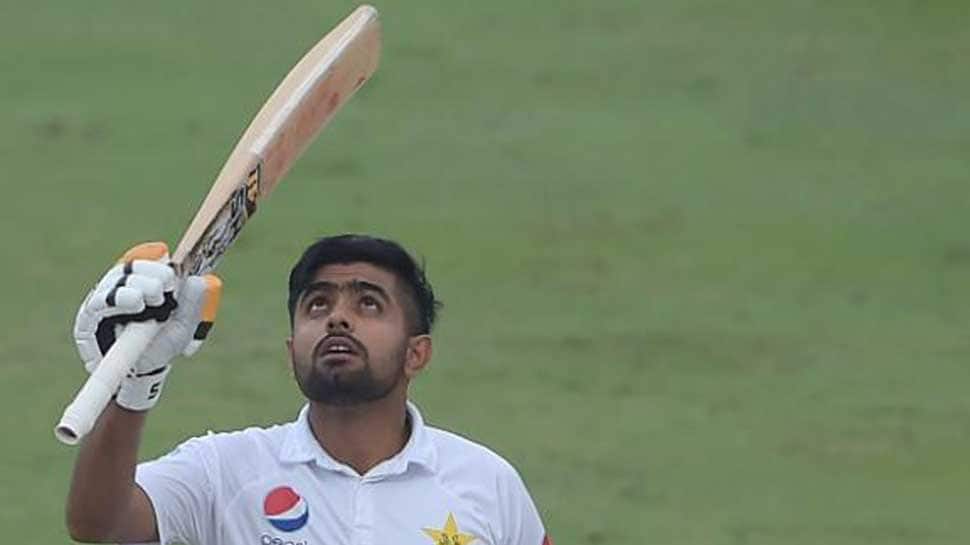 Abid Ali and Babar Azam each hit a century to light up the final day of Pakistan`s first Test at home in a decade against Sri Lanka as the weather-hit match at Rawalpindi ended in a drab draw on Sunday.

Rain and bad light did not allow full play on any of the previous four days since Sri Lanka won the toss and chose to bat but Pakistan`s supporters still packed the Rawalpindi Cricket Stadium on the final day amid bright sunshine.

There was ample entertainment on offer for the crowd as Abid became the only male cricketer to hit a century on his debut in both the Test and one-day international formats.

Azam also added to his burgeoning reputation as one of the world`s top upcoming batsmen, completing his third Test hundred after knocks of 104 and 97 in his last two Tests in Australia.

Abid, who scored a ton in his ODI debut against Australia at Dubai in March, remained unbeaten on 109 while Azam was 102 not out as Pakistan reached 252 for two when the stumps were drawn.

The recently-launched WTC sees the top nine Test nations face-off over a two-year period, scoring points based on their success and culminating in a final at Lord`s in June 2021.

Right-hander De Silva, stuck on 87 since the third day, reached his mark with a sublime cover drive off fast bowler Mohammad Abbas and remained unbeaten on 102.

Dilruwan Perera was not out on 16 when Sri Lanka captain Dimuth Karunaratne called the pair in to allow his bowlers to have a go at Pakistan`s batsmen.

The two-match series marks Pakistan`s first Tests on home soil since a militant attack in 2009 on Sri Lanka`s team bus in Lahore.

The teams will next travel to Karachi for the second and final Test from Thursday.