The 35-year-old cricketer has challenged in the apex court the decision of a division bench of the Kerala High Court which restored the ban imposed on him. 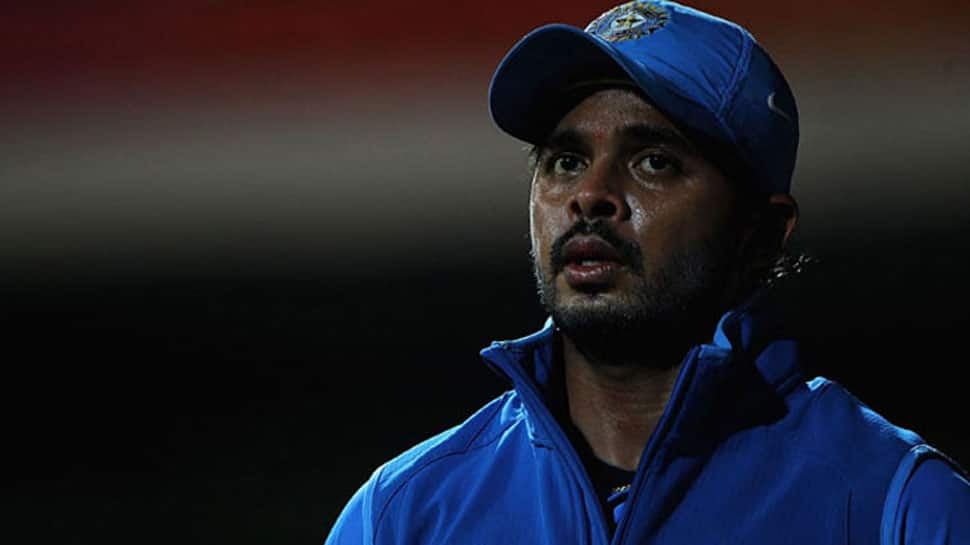 New Delhi: The Supreme Court on Wednesday questioned banned cricketer S Sreesanth for not immediately bringing it to the notice of BCCI that he was being approached for alleged spot-fixing during the Indian Premier League (IPL) match in 2013.

The apex court observed that conduct of Sreesanth, who is facing life ban for his alleged involvement in the sensational spot-fixing scandal, in the entire episode was "not good".

Sreesanth, who was discharged by a trial court in 2015 in a criminal case related to alleged spot-fixing, told a bench of Justices Ashok Bhushan and K M Joseph that life ban imposed on him by the Board of Control for Cricket in India (BCCI) was harsh and there was no evidence to substantiate the claim that he was indulged in any illegality.

The 35-year-old cricketer has challenged in the apex court the decision of a division bench of the Kerala High Court which restored the ban imposed on him.

Senior advocate Salman Khurshid, appearing for Sreesanth, said it was not established that any spot-fixing was done in the match played between IPL teams Rajasthan Royals and Kings XI Punjab at Mohali in May 2013 and there was no evidence that the cricketer had received any payment for doing this.

"Why didn't you (Sreesanth) bring it immediately to the notice of the board (BCCI)?," the bench asked Khurshid after he referred to recorded telephonic conversations between alleged bookies.

The senior counsel said Sreesanth had failed to inform the board about him being approached for spot-fixing but even if he did not do this, the maximum ban that could be imposed upon him was five years.

"All this indicates that conduct of S Sreesanth was not good. There is no doubt about this," the bench said.

Khurshid argued that as per allegations, Sreesanth was supposed to concede 14 runs in an over but he gave away 13 runs in that over which he bowled to "two of the best batsmen" -- Adam Gilchrist and Shaun Marsh.

"At the worst, it could be said that I (Sreesanth) had the knowledge that somebody was trying to do fixing and I should have brought it to the notice of the authorities. If that is the case, the total ban could be up to five years," he said.

He said world over ban has been imposed on cricketers for indulging in such activities and except former South African captain Hansie Cronje, who later died in 2002 in a plane crash, life ban was not imposed on anyone.

Khurshid referred to the case of former Indian captain Mohammad Azharuddin, who was accused for his alleged involvement in a match fixing scandal of 2000, and said that life ban was imposed on him but later it was reversed.

On November 8, 2012, the Andhra Pradesh High Court had termed the life ban imposed by the BCCI on Azharuddin in match fixing scandal as illegal and said it is unsustainable in law.

"My (Sreesanth) desire is to get back my honour," Khurshid told the bench, adding, "Ultimately, I am wasting my professional career. At least, let me play outside India. Every year, I am getting offers to play.

"I have been given life ban for an offence which is not at all established," he said, adding that there was no evidence of payment of Rs 10 lakh to Sreesanth for the alleged fixing.

Khurshid said recorded telephonic conversations did not show that the match was fixed and evidence produced by Delhi Police was not accepted by the trial court.

Senior advocate Parag Tripathi, appearing for Committee of Administrators (CoA) of BCCI, raised the issue of veracity of translation of the telephonic conversations referred to by Sreesanth's counsel and said he needs to file a reply on this.

Tripathi said he would also respond to the additional documents filed by the petitioner.

The bench asked Tripathi to file his response and posted the matter for further hearing on February 20.

The apex court said that Sreesanth's counsel may also file the certified copy of complete transcripts of telephonic conversations that have been brough on record.

Sreesanth had earlier told the top court that he has offers to play English County matches and life ban imposed on him by the BCCI is "too harsh".

The apex court had last year asked the Delhi High Court to decide expeditiously the appeal filed by the Delhi Police challenging a trial court order discharging several accused, including Sreesanth, in the alleged spot-fixing case.

The Delhi Police had arrested Sreesanth, along with cricketers Ajit Chandila and Ankeet Chavan, and others on alleged charges of spot fixing during the IPL in 2013.

As many as 36 accused in the spot-fixing case, including Sreesanth, Chavan and Chandila, were discharged by a trial court here in July 2015.

The BCCI had, however, refused to alter its disciplinary decision of life ban on Sreesanth even after the trial court's verdict.

A single-judge bench of the Kerala High Court had lifted the life ban imposed on Sreesanth by the BCCI and had set aside all proceedings against him initiated by the board.

Later, a division bench of the high court had restored the ban on a petition filed by the BCCI against the single-judge bench's order.