The match, which had started on Wednesday, had to be extended over the next day due to persistent rains. 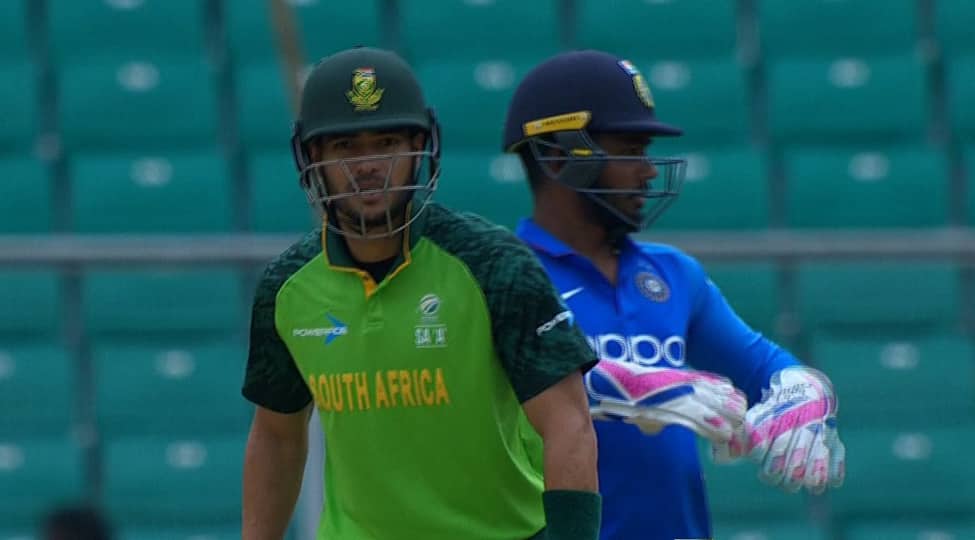 South Africa A pulled off a narrow four-wicket win over India A in the rain-hit fourth unofficial ODI at the Greenfield International Stadium, on Thursday. Despite the loss, the hosts lead the five-match series 3-1.

The match, which had started on Wednesday, had to be extended over the next day due to persistent rains. Opting to bowl in the contest which was reduced to 43 overs per side due to wet outfield, play was only possible for 25 overs as ran continued to play spoilsport when South Africa were at 137/1, thanks to opener Reeza Hendricks' unbeaten 60.

With the match once again being reduced to 25 overs, India were handed a revised target of 193 runs (D/L method). Apart from Hendricks, Matthew Breetzke, skipper Temba Bavuma and Heinrich Klaasen had chipped in with 25, 28 and 21 runs respectively.

Chasing the huge target, the hosts were off to a poor start, losing opener Shubman Gill (12) cheaply with just 13 runs on board. Senior batsman and experienced opener Shikhar Dhawan then took control of the proceedings as he along with Prashant Chopra (26) forged a 79-run partnership for the second wicket.

The play was again halted when India were 56/1 in 7.4 overs as the contest was shifted for Thursday.

The duo looked good in the middle however, right-arm pacer Lutho Sipamla (3/55) came with a breakthrough for the visitors as he dismissed Chopra in the 13th over when India were eight runs short of the three-digit mark.

Marco Jansen (3/25) further jolted the hosts as he accounted for the wicket of a well settled Dhawan (52 off 43), reducing India to 110/3. Shreyas Iyer (26) and Shivam Dube (31) then shared a 51-run partnership to repair the damage. However, as soon as Dube became a victim of pacer Anrich Nortje (3/36) in the 21st over when India were at 161, the other batsman too followed him as the hosts lost five wickets under another 17 runs.

Rahul Chahar tried his best to help India cross the line with his 12-ball unbeaten 17 but it wasn't enough as the visitors clinched the game by four runs.

Both the sides will square-off for the fifth and final time in the series on Friday.