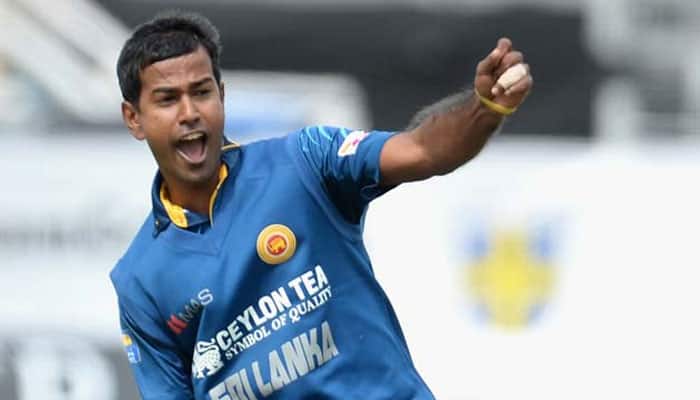 Sri Lankan pacer Nuwan Kulasekara, who made his last appearance for the national side during an ODI series against Zimbabwe in 2017, has announced his retirement from international cricket with immediate effect.

Kulasekara's decision to bid adieu to the game came just two days after his 37th birthday and a day after fellow pacer Lasith Malinga confirmed that he will retire from the one-day internationals after the first ODI of the three-match series against Bangladesh, which is to be held on July 26 at R. Premadasa Stadium in Colombo.

Kulasekara, who made his international debut during an ODI series against England in 2003, has appeared in a total of 184 ODIs so far bagging 199 wickets at an average of 33.92. His best figures came against Australia when he claimed five wickets while giving away just 22 runs in Brisbane in 2012.

Known for his ability to swing the ball both ways, the Sri Lankan pacer has also clinched 48 scalps in 21 matches he played for the national side in the longest-format of the game besides also taking 66 scalps in 58 T20Is.

Kulasekara's one of the memorable moments came when he played a key role during Sri Lanka's victory in the 2014 T20 Men's World Cup. He took a total of eight wickets in six matches, including economical figures of one for 29 in the summit showdown against India.