Australia chased down the target of 154runs from Sri Lanka with three overs to spare to join Ashes rivals England as the only two teams in Group 1 with a perfect record. David Warner scored his first half-century since April. 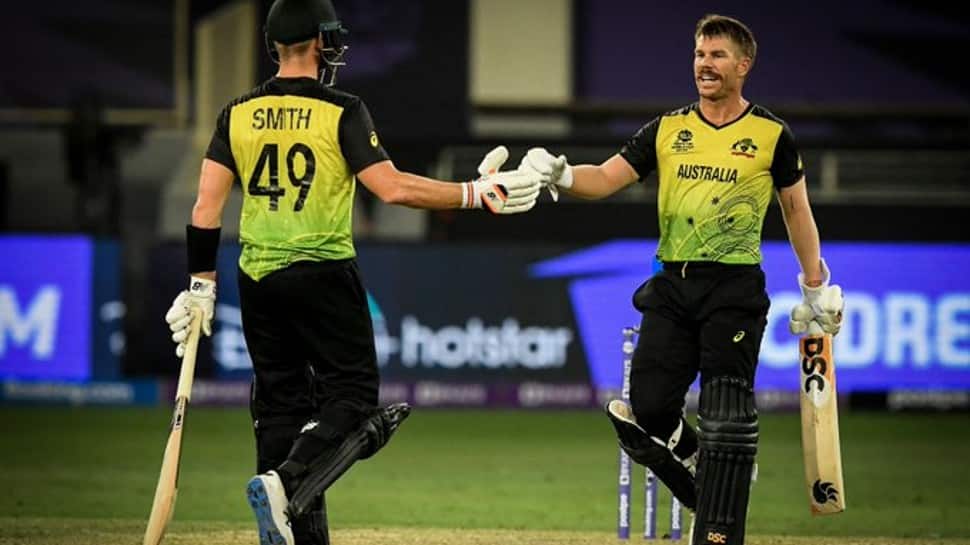 David Warner's return to form was the icing on the cake as Australia thumped Sri Lanka by seven wickets on Thursday for their second successive victory at the Twenty20 World Cup. Chasing the only major global trophy to elude them, Australia restricted Sri Lanka to 154-6 at the Dubai International Stadium.

For Australia, Adam Zampa, who bowled 12 dot balls in his four overs to claim 2-12, and Mitchell Starc applied the brakes by claiming four wickets between them. Charith Asalanka's unbeaten 80 in their Super 12 opener against Bangladesh had secured Sri Lanka's thrilling victory on Sunday. The left-hander followed it up with an entertaining 35 before spinner Zampa cut short his stay.

"That was a really good performance. SL got off to a flier. But Zampa dragged it back, and then Starc. We felt it was a really good wicket and to chase that down was nice," Finch said at the end of the match. Asked who was his Man of the Match between Warner and Zampa, Finch said: "As a batter, I would've loved a batter to get the award but when you're looking at the impact on the game, Zamps was terrific tonight. He was fantastic, got big wickets. That was a world-class performance from him,' he said.

Zampa on his part felt that the slowness of the wicket did help his cause. "To be honest it (the surface) was quite slow in the first innings, it spun a little bit more than it did in the second innings. I think the moisture and dew took effect in the second innings, they are very good players of spin, I bowled well tonight and am glad I did. I have tended to bowl a little bit in the powerplay, a little bit towards the back end in recent times," he said.

Kusal Perera also made 35 but he fell to Starc immediately after hitting the left-arm quick for a massive six. Avishka Fernando and Wanindu Hasaranga did not last long but Bhanuka Rajapaksa provided some fireworks in his unbeaten 33.

T20 World Cup, AUS vs SL: David Warner was in excellent form as he smashed a half-century to help Australia defeat Sri Lanka on Thursday. pic.twitter.com/TJco1fJcLZ

Rajapaksa hit Marcus Stoinis for two consecutive fours and followed it with a six but Sri Lanka could not make the most of their strong powerplay display. Australia did even better in their first six overs cruising to 63 for no loss. Finch made 37 before he and Glenn Maxwell, who could not justify his promotion in the batting order, fell in quick succession.

Warner's form had been a major concern for his team and the opener was on 18 when Perara dropped a regulation catch behind the stumps. It proved a costly mistake as the left-hander went on to complete his fifty and fell only with Australia's victory insight. Steve Smith, unbeaten on 28, manoeuvred the ball around with characteristic deftness to frustrate Sri Lanka.