Watch: When Yuvraj Singh made a casteist slur against Yuzvendra Chahal to Rohit Sharma

While speaking with Rohit Sharma about Yuzvendra Chahal’s famous Tik-Tok and Instagram videos, Yuvraj Singh made an indecent remark, which was of casteist in nature, aiming at the Royal Challengers Bangalore leggie. 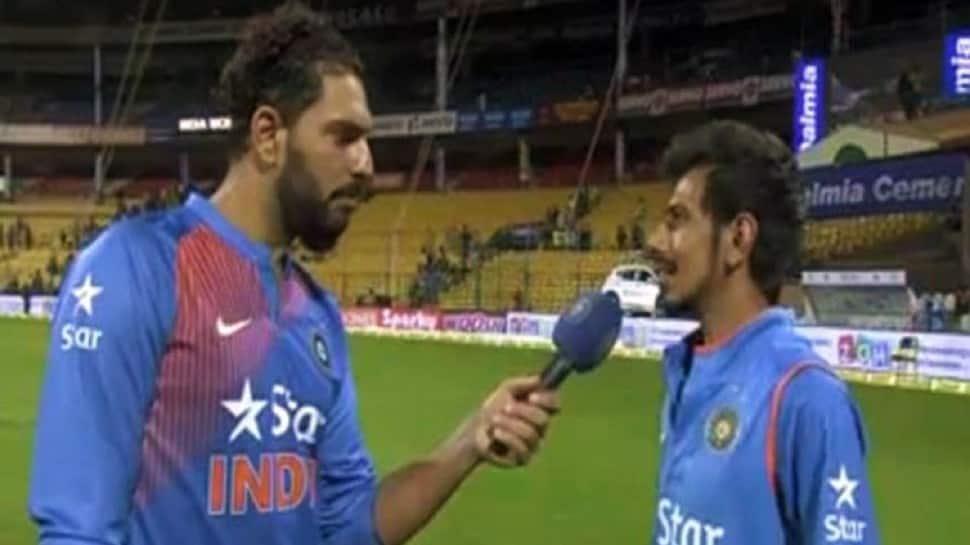 Yuvraj Singh’s casteist remark against Punjab and India leg-spinner Yuzvendra Chahal in a light-hearted chat with Rohit Sharma has come back to bite him hard. The incident dates back to June 2020 when Yuvraj made a derogatory remark, although jokingly, towards Chahal during an Instagram Live session with India opener Rohit Sharma.

While speaking with Rohit about Chahal’s famous Tik-Tok and Instagram videos, Yuvraj made an indecent remark, which was of casteist in nature, aiming at the Royal Challengers Bangalore leggie. Soon after, a police case was also filed against the athlete by a Dalit rights activist.

Yuvraj had to make a public apology, writing, “This is to clarify I have never believed in any kind of disparity, be it on the basis of caste, colour, creed or gender. I have given and continue to spend my life for the welfare of people. I believe in the dignity of life and respect each individual without exception.”

Superintendent of Police (Hansi) Nitika Gahlaut said over the phone, “We only made a formal arrest and he was released on bail in compliance of the orders of the Punjab and Haryana High Court.

“Yuvraj Singh came to Hansi on Saturday and we made a formal arrest. He was released on bail bond after a few hours,” DSP (Hansi) Vinod Shankar said.

While noting that the Haryana police is seeking only Yuvraj Singh’s ‘formal arrest’ in the case, the high court had last week directed that upon joining the probe with the investigating officer, if the cricketer is arrested, he would be released on interim bail upon furnishing bail and surety bonds.

The High Court was listening to a plea by the cricketer seeking quashing of an FIR filed against him earlier this year under sections of the IPC and the SC/ST (Prevention of Atrocities) Act based on a complaint by lawyer Rajat Kalsan at the Hansi Police Station in Hisar.

Sri Lanka vs Namibia Live Streaming ICC T20 World Cup 2021: When and Where to watch SL vs NAM Live in India