Shakib Al Hasan claimed a five-wicket haul to help Bangladesh clinch a 62-run win over Afghanistan in a do-or-die match of the 2019 International Cricket Council (ICC) World Cup at the Rose Bowl Cricket Stadium in Hampshire on Monday. 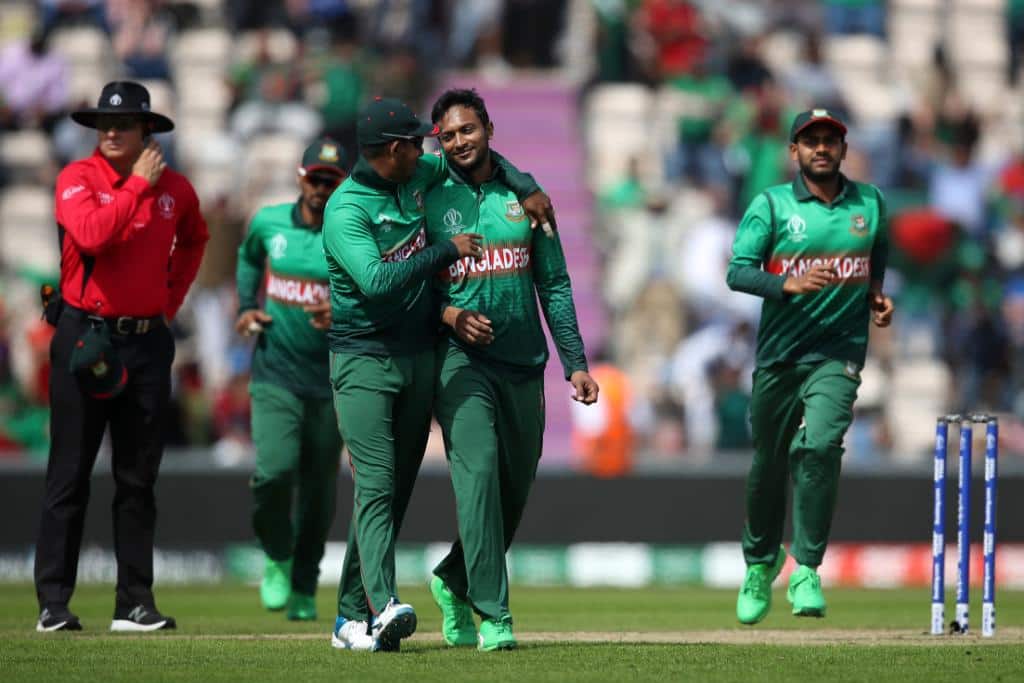 Shakib Al Hasan claimed a five-wicket haul to help Bangladesh clinch a 62-run win over Afghanistan in a do-or-die match of the 2019 International Cricket Council (ICC) World Cup at the Rose Bowl Cricket Stadium in Hampshire on Monday.

Defending a target of 263 runs, the 32-year-old Bangladesh all-rounder ran through the Afghanistan batting line-up with his career-best figures of five for 29 as the Gulbadin Naib-led side were bundled out for 200 in 47 overs.

Samiullah Shinwari (unbeaten at 49) and captain Gulbadin Naib (47) were the highest contributors for Afghanistan.

After being asked to bat first, Mushfiqur Rahim smashed an 87-ball 83 while Shakib contributed with a 51-run knock as  Bangladesh posted a score of 262 for eight in their stipulated 50 overs.

Let us take a look at the list of players with most sixes, fours, best batting average and best bowling figures after Bangladesh vs Afghanistan clash:

England skipper Eoin Morgan continues to maintain the top spot in the list of players with most sixes in the ongoing 2019 edition of the ICC World Cup. Morgan scripted a world record of most maximums by a batsman in an ODI inning when he scored 17 sixes during his side's match against Afghanistan. He is currently leading the list with a total of 22 sixes from five innings he has played so far.

Australian skipper Aaron Finch and West Indies swashbuckling batsman Chris Gayle are at the second and third positions with 16 and 10 sixes, respectively.

Bangladesh all-rounder Shakib Al Hasan is leading the list of players with the most number of fours in the ongoing quadrennial event. With a total of 48 boundaries from six matches, Shakib is standing ahead of Australian opener David Warner (40 from six matches) and Joe Root (35 from six matches).

Shakib Al Hasan's career-best figures of five for 29 against Afghanistan at the Ageas Bowl is now also the best bowling figures in the ongoing edition of the mega event.

The Bangladesh player has dethroned Mohammad Amir at the top of the list who bagged the figures of  five for 30 against Australia at The County Ground .

New Zealand's Jimmy Neesham has taken the same number of wickets as Amir, but he is standing behind the Pakistan fast bowler after giving away 31 runs.