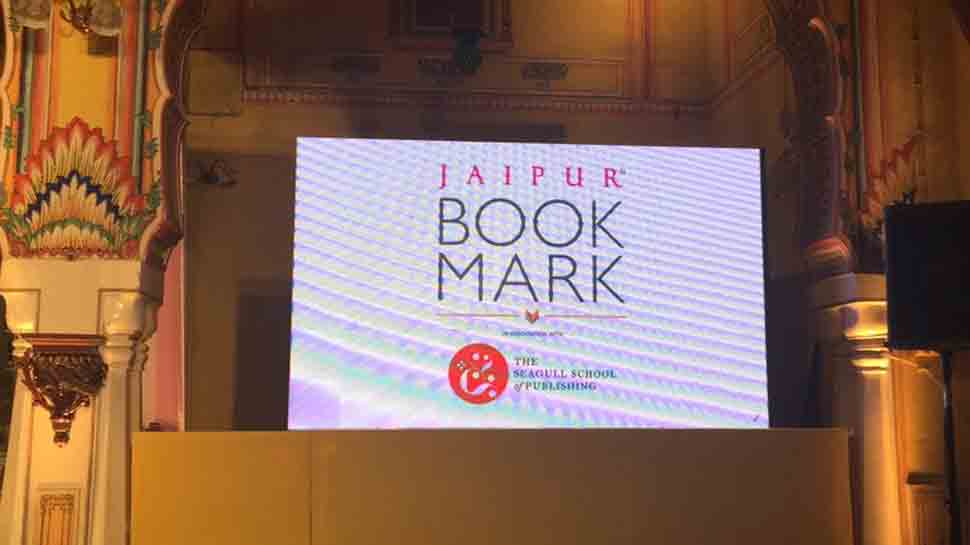 Jaipur: Jaipur BookMark, the South Asian publishing conclave that runs parallel to Jaipur Literature Festival (JLF), kicked off on Wednesday amid celebrations marked by beating of drums and rhythms of traditional instruments at the Diggi Palace here.

The Who's Who of the publishing business, including top editors and CEOs of leading publishing houses, bookstores and book fairs, along with writers, designers, literary agents and distributors from India and abroad have descended here to participate in the sixth edition of the annual event.

Festival Producer Sanjoy K. Roy, in his brief address, pointed out that hatred and divisiveness is the pre-dominant narrative in today's times and one way, according to him, to overcome it, is through translations.

"Jaipur BookMark, we believe, is one of the most important aspects of the Jaipur Literature Festival where publishers, writers, agents and everybody from the publishing world come together and share their ideas," he said.

Writer Namita Gokhale, also the co-director of the festival, traced India's literary heritage, starting from the oral traditions to the first recorded evidence of the development of the art of writing. She said it "moves" her to be surrounded by writers and publishers from around the globe, contending that this is what gives "shakti" (strength) to the JLF at large.

"Over the next few days, we will be looking at books in all their dimensions. We will explore the past, the present, and most importantly, the future of publishing," she said.

Juergen Boos, the President and CEO of the Frankfurt Book Fair, in his inaugural address, observed that free speech is facing a threat from "religious motivations, political biases and social judgments" and it reflects "apathy" on the part of the state.

"Attempts in the recent past to silence journalists, writers, filmmakers and publishers reflect the rise of identity politics and apathy on the part of the state. Two journalists of international repute - Gauri Lankesh and Shujaat Bukhari - were shot dead within a span of nine months. Publisher friends like DC Books, Kalachuvadu Publications and their authors have witnessed attacks by fanatics who may have never even read the books in question," said Boos, who trained as a publisher at Herder Verlag in the early 1980s.

The day's line up on Wednesday will include a session on "Other Forms of Storytelling", with some stellar names like Paul McVeigh, Jan Carson, Daniel Hahn amongst others from the industry, followed by a crucial session, "LGBTQ Writes", which will explore a specialised genre in publishing and the challenges faced in bringing out gendered narrative in India.

Another relevant session, "Convergences: Languages, Markets and Readers", will discuss the synergies shared by the languages in India. The day will culminate with "Poems on the Road", an initiative by Walking Bookfairs of a 10,000 km long, tour of India, ferrying poetry books, across major cities and states to celebrate the importance of reading, writing and sharing poetry.

This will be accompanied by poetry readings by Ulrike Sandig, Sohini Basak and Akhil Katyal.

The second day will see some crucial sessions focusing on the business aspect of publishing, content consumption and translations.

Daily Horoscope: Find out what the stars have in store for you today — January 23, 2019