PM Modi boarded a train from Khan Market metro station on the Violet Line for reaching the venue. 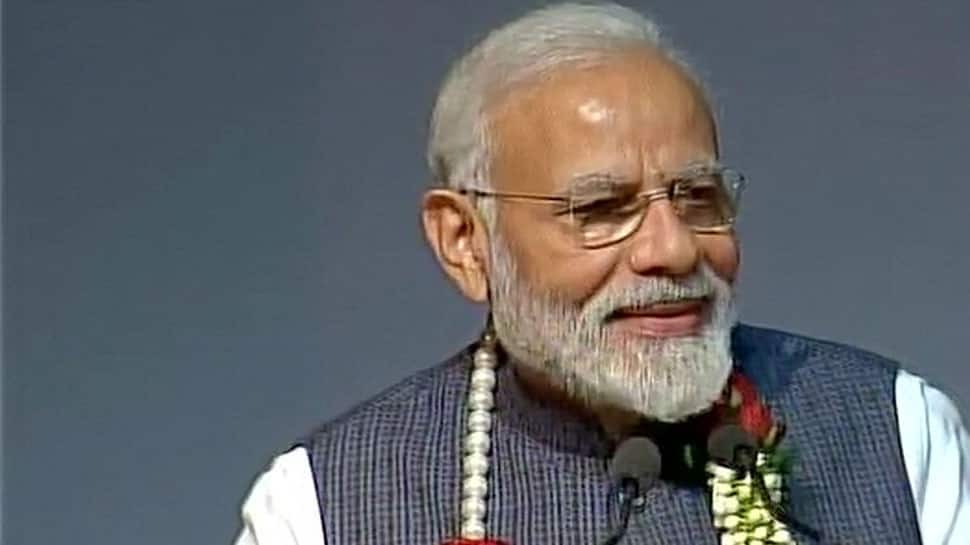 He unveiled a giant Bhagavad Gita, running into 670 pages and weighing 800 kg, at the temple, located near Kailash Colony metro station.

Dubbed the 'Astounding Bhagavad Gita', and measuring 2.8 m by 2 m, it is billed as the "largest principle sacred text ever to be printed," according to ISCKON.

PM Modi boarded a train from Khan Market metro station on the Violet Line for reaching the venue," a Prime Minister's Office source said, adding he deboarded at Nehru Place.

Inside the coach, he interacted with some of the commuters and posed with them for pictures.

The International Society for Krishna Consciousness (ISKCON), known colloquially as the Hare Krishna movement, is a worldwide confederation of more than 400 temples and runs 100 vegetarian restaurants and a wide variety of community-serving projects.

Tight security arrangements have been made in and around the venue, which otherwise is very crowded.

"With an artistic touch of 18 exquisite paintings and an innovative elegant layout, the book has been printed in Milan, Italy, on YUPO synthetic paper so as to make it untearable and waterproof," the ISKCON said.

Bhagavad Gita often referred to as the Gita, is a sacred text, revered by the Hindus, and is part of the epic Mahabharata, containing the teachings of Lord Krishna to Arjuna on the battlefield.