Rohit Tiwari, wife Apoorva fought over his proximity with sister-in-law on night of murder: Police

Rohit Tiwari's wife Apoorva also claimed that Tiwari's mother, Ujjwala, often interfered between them and this affected the couple's relationship, the officer said. 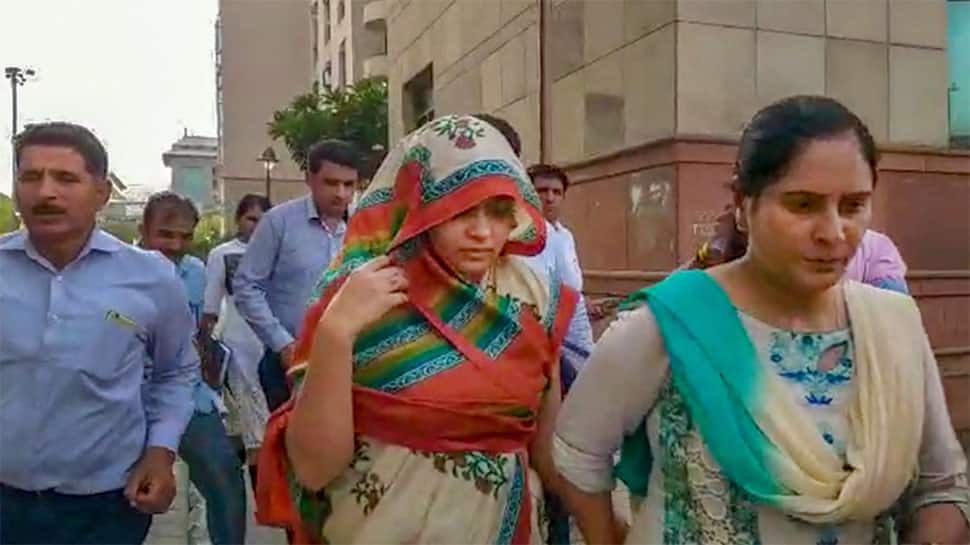 New Delhi: Apoorva, the lawyer wife of Rohit Shekhar Tiwari who has been arrested for allegedly killing him, has showed confusing behaviour, a police officer said Thursday, adding she regrets her action sometimes and appears cold about the incident other times.

During four days of intense interrogation, she did not break down once but now she appears to be regretting smothering Tiwari on the night of April 15-16. She also claimed that Tiwari's mother, Ujjwala, often interfered between them and this affected the couple's relationship, the officer said.\On the night Tiwari was killed, he and Apoorva were in their room at the Defence Colony residence when they had a fight over Tiwari's proximity with his sister-in-law.

"She told him she did not like his proximity with his sister-in-law and that he used to drink with her. He teased her saying that when he was returning from Uttarkhand, he and his sister-in-law drank alcohol from the same glass. This angered Apoorva. She held on to his neck and when he tried to raise an alarm, she choked him with a pillow," the officer said.

Police sources, meanwhile, claimed a letter, written by the District Bar Association of Indore on April 22, was received by the Crime Branch. It sought a fair probe in the case and urged the police department to ensure that Apoorva is not implicated, they said.

The letter also indicated that Apoorva may have been framed since Tiwari's family did not want her to get any share in his property.

But the family has claimed the letter was written at the behest of Apoorva's father, who is a well-known lawyer in Indore and served at a top post in the bar association, the sources said.

Police have sought call details of the landline number at Tiwari's Defence Colony residence. They have also taken Apoorva's nail samples to ascertain if Tiwari's skin was stuck in them during the fight, or to see the possibility of any other DNA present there. But, the sources said, there may not be any clue as the samples were taken a few days after the killing.

The south district police, which investigated the case previously, did seal the room on April 16 after Tiwari was declared brought dead at a city hospital.

Initially, it was suspected that he had died of natural causes but after an autopsy, it was found he was "smothered" with a pillow.

Police said she did enter the room a couple of times after allegedly killing him at around 1 am, so there are high possibilities of the crime scene being contaminated.

"She must have tried to tamper with the bedsheet and the pillows and tried to dress up the room to destroy the evidence," the police officer said.

According to him, Apoorva strangulated Tiwari with bare hands and then used the pillow, so that he could not shout for help. She managed to keep his death a secret for almost 14 hours.

On Wednesday, Apoorva was taken to the Defence Colony residence where police recreated the crime scene.

Tiwari's family members suspect he was allegedly drugged by Apoorva before being killed. Only the viscera report will confirm if he was drugged, the officer said.

Bedsheets, pillows, Tiwari's clothes have been sent for forensic examination.

Police said Tiwari was short-tempered and the couple often fought over trivial issues since their marriage about a year ago.

The police officer ruled out any possibility of psychological examination of Apoorva.

1 dead, 3 injured after car rams into divider at Signature Bridge