Finance Minister Nirmala Sitharaman, "Things were a mess and the economy was mismanaged under the tenure of UPA. As of now, Non-Performing Assets (NPAs) have declined to Rs 8.99 lakh crore as of March 2020." 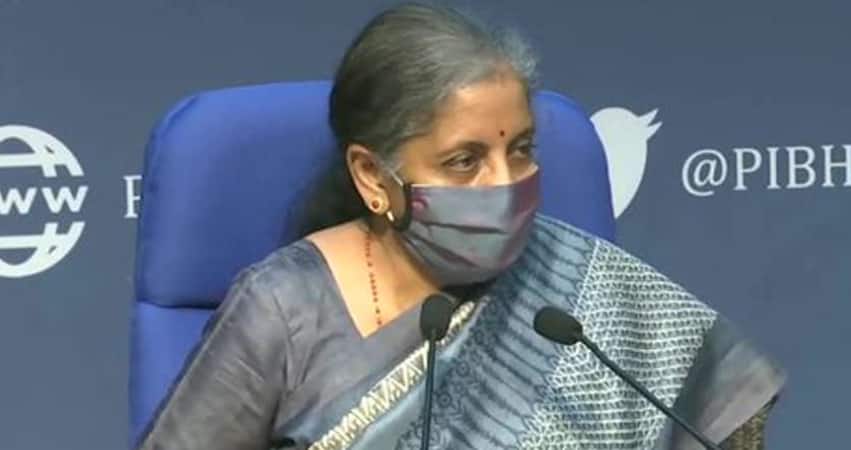 New Delhi: The Parliament on Wednesday (March 24) passed Finance Bill 2021, giving effect to the financial proposals of the central government for the financial year 2021-22. A day after it was approved by the Lok Sabha, the Upper House also ratified it today. The passage of the Finance Bill by Parliament marks the completion of the budgetary process.

Replying to the debate on the bill, Finance Minister Nirmala Sitharaman accused the Congress-led UPA government of having "mismanaged the economy", adding that the Non-Performing Assets (NPAs) have declined to Rs 8.99 lakh crore as of March 2020.

According to the Finance Minister, "Things were a mess and the economy was mismanaged under the tenure of UPA. As of now, Non-Performing Assets (NPAs) have declined to Rs 8.99 lakh crore as of March 2020."

She said the handling of the 2008 global financial crisis left a legacy of high inflation and `taper tantrum`, adding "The 2008 financial crisis was not similar to last year`s COVID crisis. Our Prime Minister, even during the peak of the COVID crises, was engaged in more than 100 virtual meetings in order to learn about the development of the crisis. Last year, we presented a few mini budgets and this union budget too. We are handling the economy well."

The Rajya Sabha returned the Finance Bill after the minister`s reply.

Earlier on Tuesday, the Lok Sabha passed the Finance Bill, 2021. Finance Minister Nirmala Sitharaman replied to the debate on the bill which has some changes in the proposals made in the union budget.

She said the changes have been made largely to boost ease of doing business and easing compliance burden. She also said there will be no change in the rate of income tax.

FM Sitharaman stated that the Prime Minister was clear that "we are not going to generate resources by raising the tax to meet the contingency which is arising out of coronavirus."

Although several opposition members pointed to high prices of petrol and diesel and said that the petroleum products should be brought under Goods and Services Tax (GST) Council, the Finance Minister said that the Centre is open to discussing the idea in the GST Council meeting.