Climate change: Total loss of sea ice this year bigger than the entire area of India!

Warming temperatures caused the oceans to warm up as well, which in turn caused above average sea ice loss. 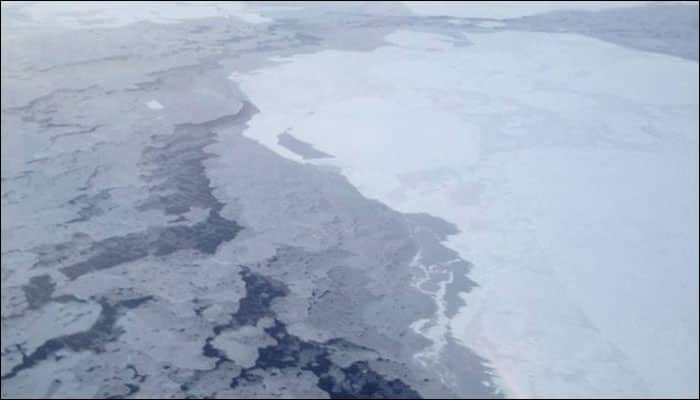 New Delhi: November has been a testing month for the world owing to climate change. Agencies monitoring the phenomenon through the sea ice off the coast of Antarctica and Arctic noted record lows.

Now, as of December 4, scientists have reported a loss of 3.76 million square kilometres of ice – more than the total area of India.

It may be startling, but it is far from surprising. Especially when temperatures in parts of the Arctic rose 20 degrees Celsius (36°F) above normal in November, and 2016 has been declared the hottest year on record.

"There are some really crazy things going on," Mark Serreze, director of the US National Snow and Ice Data Centre (NSIDC) told Alister Doyle for Reuters.

"It's an extraordinary departure from the norm," added Anders Levermann from the Potsdam Institute for Climate Impact Research in Germany, Science Alert reported.

Antarctica has been far more subtle, and at some points in recent years, its sea ice has actually expanded, however, it is still suffering ice loss, since it too set a record low for the month of November.

Warming temperatures caused the oceans to warm up as well, which in turn caused above average sea ice loss. Antarctica, on the other hand, has posed more of a challenge for scientists to decipher.

This has made scientists believe that the Antarctic is showing signs of a delayed response to climate change, but the appearance of thousands of strange blue lakes back in August have raised concerns.