As per recent data collected from air quality monitoring stations in five places across the country show the historic site has become highly polluted. 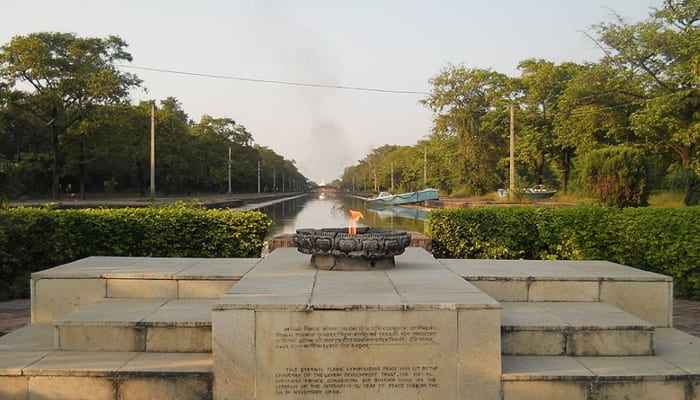 New Delhi: Experts warned that Lumbini, the birthplace of Buddha in Nepal, is facing a serious threat from air pollution.

As per recent data collected from air quality monitoring stations in five places across the country show the historic site has become highly polluted, says a report in BBC.

It found that levels of fine particles (PM 2.5) were more than 10 times above the WHO safe limit.

While the World Health Organisation (WHO) safe limit for the pollutant is 25 micrograms per cubic metre, the Nepal government has set the national standard at 40.

Fine particulate matter (PM 2.5) can travel deeply into the respiratory tract, reaching the lungs, affecting the lung function and worsen medical conditions such as asthma and heart disease.

The pollution levels for the neighbouring town of Chitwan and Kathmandu were measured at 113.32 and 109.82 respectively.

Furthermore, another another study conducted by the IUCN and UNESCO showed that the Lumbini World Heritage site was threatened by pollution.

It found that the expansion of the carbon emission industries within the Lumbini Protected Zone has caused several problems such as threats to biodiversity, health hazards to local residents, archaeological properties, social and cultural values.

Studies have shown that in the past 10 years the number of people with lung related diseases has also gone up due to rising pollution levels in the sacred site.

“The dust coming in here has also led to a huge increase in skin-related diseases,” Shankar Gautam, who has just retired after working as a health official for 30 years, was quoted as saying by the BBC.

Experts said Lumbini is now more polluted than Kathmandu, which is known for its high pollution levels, based on recent data.

Lumbini was declared a World Heritage Site status by UNESCO in 1997. It has a number of temples, including the Mayadevi Temple and several others which are still under repairing. A major tourist distination, last year it saw one million visitors to the Buddhist pilgrimage site.