Burnley are in 16th place, five points above Cardiff City who occupy the highest spot in the relegation zone. 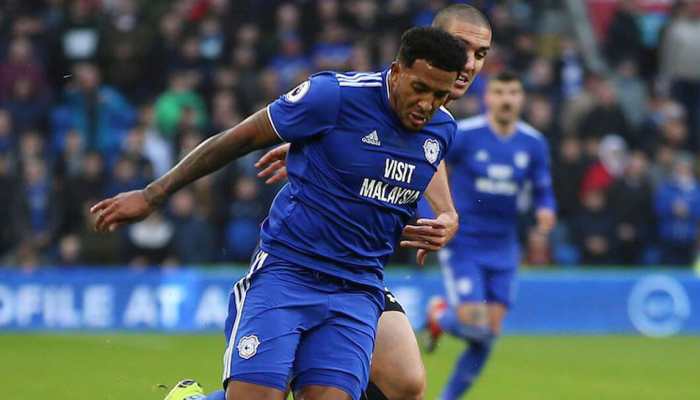 Crystal Palace moved further away from the Premier League relegation zone with a 3-1 win at fellow strugglers Burnley on Saturday, thanks to second-half goals from Michy Batshuayi and Wilfried Zaha.

Palace took the lead in the 15th minute when Jeffrey Schlupp`s pull-back struck Burnley defender Phil Bardsley and ricocheted into his own goal.

Burnley dominated the rest of the opening half with Chris Wood forcing a fine reflex save out of Wayne Hennessey with a fierce shot and the Clarets peppering the Palace box with crosses from deep.

But three minutes after the re-start, Palace struck again when full-back Aaron Wan-Bissaka`s pass was blasted home, first-time, by Batshuayi.

Ashley Barnes then missed a good chance to pull a goal back for the home side, putting the ball over from two metres out, as Burnley continued to press.

The game followed a similar pattern to the first half with Burnley on top but lacking an edge in the final third.

Palace, as often on the road, were a constant threat on the counter-attack and should have had a third when a mistake from Ben Mee put Batshuayi through but he pushed the ball too far when trying to round Burnley keeper Tom Heaton.

The game was wrapped up in outstanding fashion by Zaha who tormented the Burnley defence, twisting inside and out, before firing a low shot past Heaton.

A Barnes header gave Burnley a late consolation goal and although subtitute Peter Crouch went close to a second, Palace`s lead was never in real danger.

The South London side are now eight points above the relegation zone and manager Roy Hodgson was well pleased with the showing.

"That was a very satisfying performance, it`s never easy to win at Burnley. They are in good form and we knew the type of problems they would pose and did post but we dealt with them extremely well," said the former England manager.

"It`s confusing when you look at the stats -- the stats make it look like a good performance -- but we know stats don`t win games," he said.

Burnley are in 16th place, five points above Cardiff City who occupy the highest spot in the relegation zone.