Silva, who is in line to face Bournemouth on Sunday, will become the first City player to reach the milestone since Paul Power achieved the feat in the 1985-86 season. 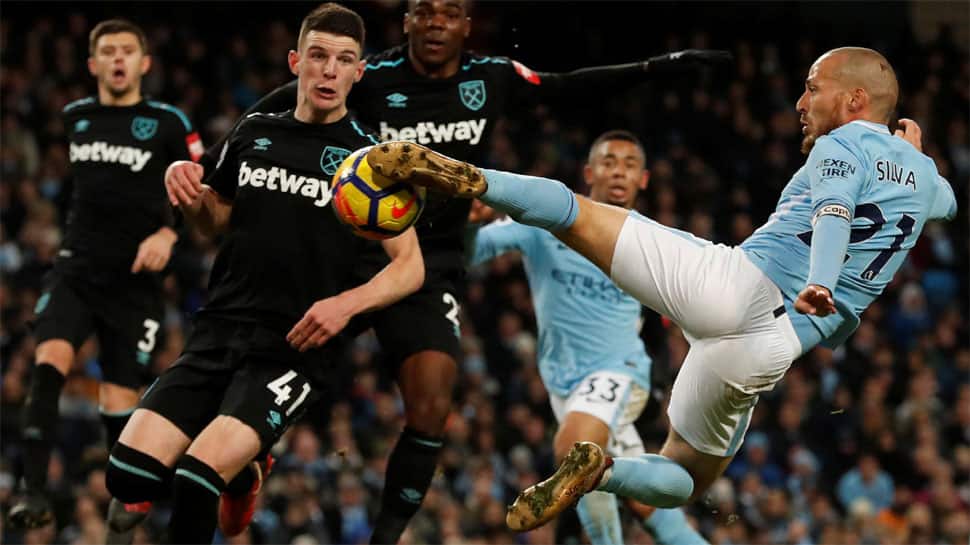 Manchester City manager Pep Guardiola said he had doubts whether David Silva would succeed in the Premier League but was 'happily wrong' as the midfielder prepares to play his 400th match in his final season with the reigning champions.

Silva, who is in line to face Bournemouth on Sunday, will become the first City player to reach the milestone since Paul Power achieved the feat in the 1985-86 season.

The 33-year-old, who has won four Premier League titles, two FA Cups and four League Cups with City, said in June he would leave at the end of the 2019-20 season, ending a 10-year spell at the club he joined in 2010 from Valencia.

"I thought he wouldn`t succeed in England... surviving the Premier League is not easy for that length of time, but he did it. He should be so proud of what he`s done," Guardiola told a news conference on Friday.

"He`s a technical player, not a box to box and my image of English football back in 2010, I admit, I thought he was going to suffer. I was happily wrong."

"That was my first impression. He played well from the beginning and he`s done it consistently ever since, for Roberto (Mancini), Manuel (Pellegrini) and me."

Shifting his focus to Bournemouth, Guardiola said defender John Stones would miss the trip with an injury that kept him out of last weekend`s 2-2 draw with Tottenham Hotspur.

There was better news regarding Oleksandr Zinchenko, who appeared to pick up a knock in that game.

"He`s been training good, perfectly, in fact. He had a cramp. It was a demanding game against Tottenham and difficult against Liverpool (Community Shield), so he was tired," Guardiola said.

Defender Joao Cancelo, who arrived from Juventus in the close season, could make his debut.

"My first feeling on Cancelo is really good... he can play as a winger too. I can play him in several positions, but mostly it`ll be full-back because Kyle (Walker) can`t play every game."

No question of experimenting with lineup against Newcastle: Mauricio Pochettino