With Kevin Danso suspended, Hasenhuettl rejigged his formation, playing Djenepo as a left wing back, and the 21-year-old was instrumental in attack, constantly troubling United`s defence before scoring a second-half winner. 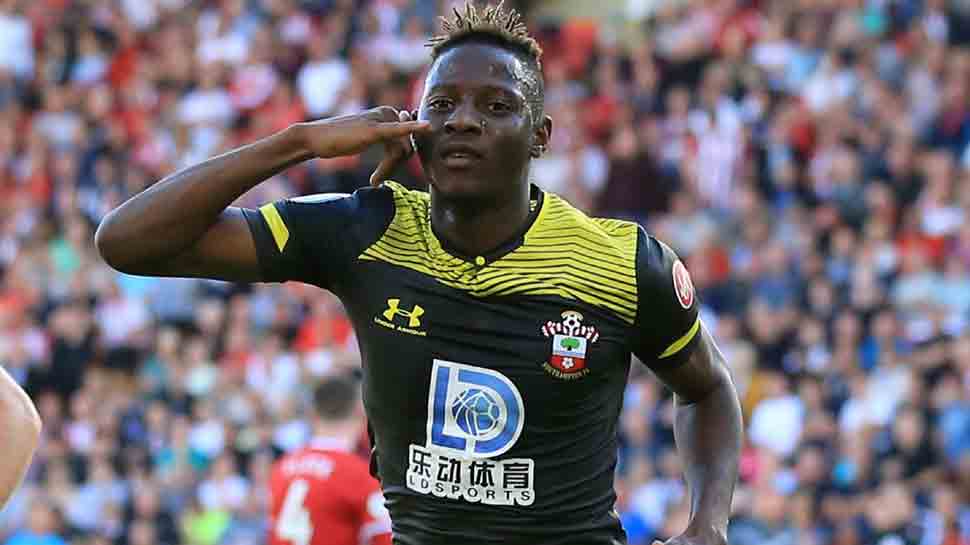 With Kevin Danso suspended, Hasenhuettl rejigged his formation, playing Djenepo as a left wing back, and the 21-year-old was instrumental in attack, constantly troubling United`s defence before scoring a second-half winner.

Djenepo was also busy in defence, covering the left flank to win back the ball on a few occasions, and Hasenhuettl thanked his medical staff for ensuring the Mali international was fit to make his first league start for the south-coast club.

"We know that he is not really a typical fullback or left back but I wanted to have high pressure on this side from the beginning," Hasenhuettl told reporters.

"He had a lot of ball winnings on this side with a chance to score early so that was the reason why I was that brave and tried to be very offensive on this side.

"I have to thank my physios who made a fantastic job so that he can play today because it didn`t look that good and also him that he really wants to play."

Djenepo put the visitors in front with a scintillating solo run through the middle, initially refusing to go down from an Oliver Norwood challenge before side-stepping two defenders to fire a low, angled shot past goalkeeper Dean Henderson.

"He shows how important he can be in our game and this is fantastic," Hasenhuettl added. "When he has the ball in these positions it is unbelievable. He can shoot and he is so quick and (has) good movements.

"We now have another player who is very good in one-versus-one situations. We have Sofiane (Boufal), we have him, we have Nathan (Redmond)... So the quality we have in the front is fantastic."

"They are hard to read and when they have the ball they are always very, very good and dangerous. This is absolutely a development from last season."

Southampton, who moved up to 10th, next host Bournemouth in the league on Friday.

We can't win all the time, says Pep Guardiola after Manchester City's defeat to Norwich City