Real Madrid star defender Sergio Ramos has condoled the demise of the club's former president Lorenzo Sanz, who passed away recently at the age of 76 of the novel coronavirus. 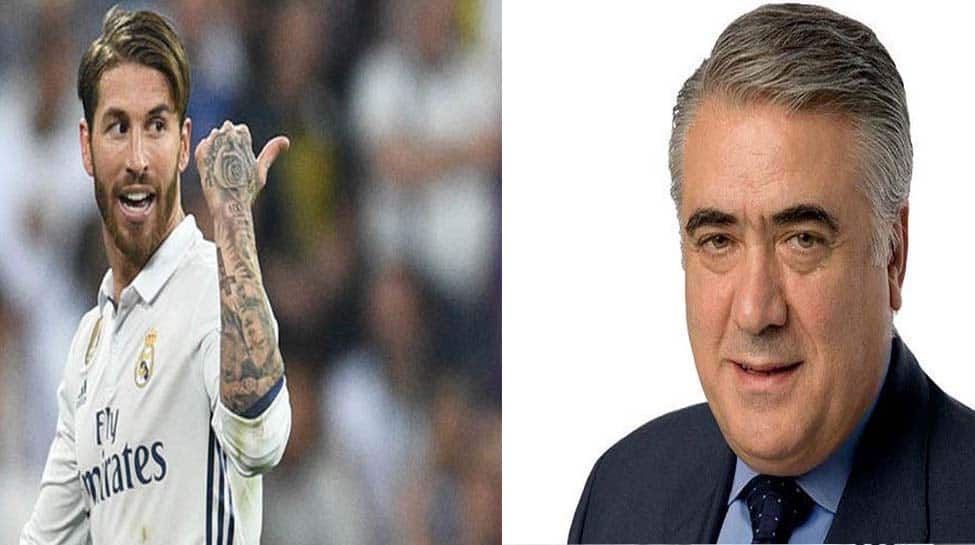 Real Madrid star defender Sergio Ramos has condoled the demise of the club's former president Lorenzo Sanz, who passed away recently at the age of 76 of the novel coronavirus.

Taking to his official Twitter handle, the 33-year-old extended his deepest condolences to Sanz's family and friends.

"Very sad day for Real Madrid. Lorenzo Sanz connected yesterday and today with two numbers for the story: 7 and 8. His death saddens even more these difficult days in which we find ourselves. My deep condolences to family and friends. Rest in peace," Ramos tweeted.

Besides Ramos, La Liga also paid homage to Sanz in an official statement.

“From LaLiga we want to send our deepest condolences for the recent death of Lorenzo Sanz, with whom many of us have shared work and friendship.We share in the pain of this loss, especially for Real Madrid, the club of which he was president for years. Rest in peace," La Liga said.

It has been learnt that Sanz has been in intensive care for a beginning of the week and passed away of deadly coronavirus.

Sanz's son Lorenzo Sanz Duran took to his official Twitter handle to confirm the news of his father's demise.

Lorenzo Sanz served as the president of Madrid from 1995 to 2000. During his presidency, Madrid continued to add to its history and legendary status.

He was president of the club when Madrid won its much-awaited seventh European Cup, in Amsterdam in 1998 after a long gap of 32 years.

During his tenure, the club won two European Cups and an Intercontinental Cup, a league title, a Spanish Super Cup, a basketball league title and the Saporta Cup.