Wolves will lock horns with Newcastle while Everton will face Watford in their next Premier League clashes. 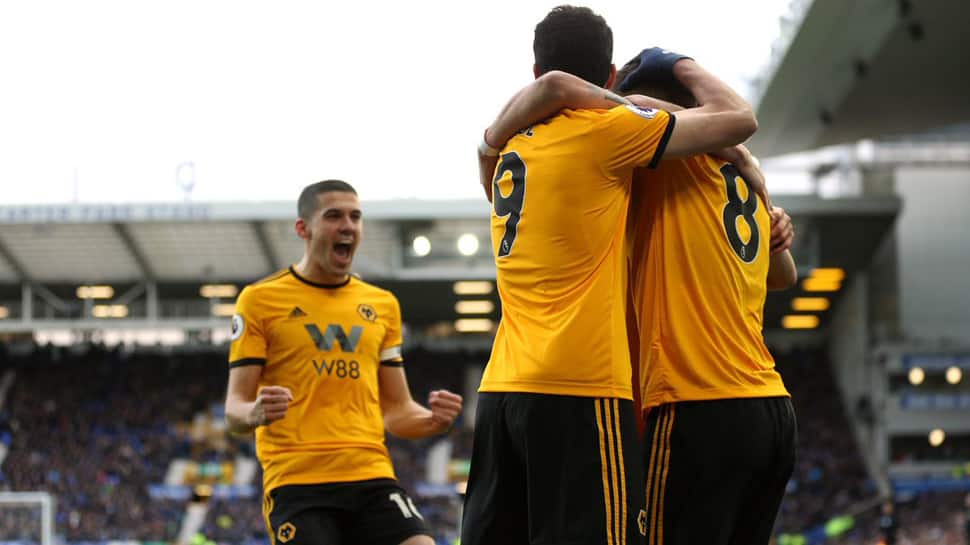 Wolverhampton Wanderers equaled their highest tally of 11 victories in a Premier League season, dating back to their 2010-2011 campaign, with an impressive 3-1 win at Everton on Saturday.

Goals by Ruben Neves, Raul Jimenez and Leander Dendoncker sank Everton in an entertaining clash, with Andre Gomes scoring the home team`s solitary goal -- his first for the club since he joined them from Barcelona on loan in August 2018.

Neves fired the visitors ahead with a seventh-minute penalty, after Leighton Baines had tripped Matt Doherty, before Gomes rifled in the equaliser in the 27th with a thunderbolt from the edge of the penalty area.

Jimenez restored Wolves` lead on the stroke of halftime with a fine header at the near post after Joao Moutinho had floated in an inch-perfect free kick, as the visitors threatened every time they came forward.

Belgium defender Dendoncker put the icing on the cake for Wolves in the 66th minute when he volleyed home from close range after Diogo Jota`s shot had been blocked, capping another lightning break by the visitors.

A cat that somehow found its way on to the turf after that goal held up play for several minutes, eluding players and stewards as it ran the full length and width of the pitch before it was eventually chaperoned out.

Wolves will lock horns with Newcastle while Everton will face Watford in their next Premier League clashes.