"This government does not want Hardik to meet and interact with the people and stop raising the issues of the public," Kinjal says in the video. 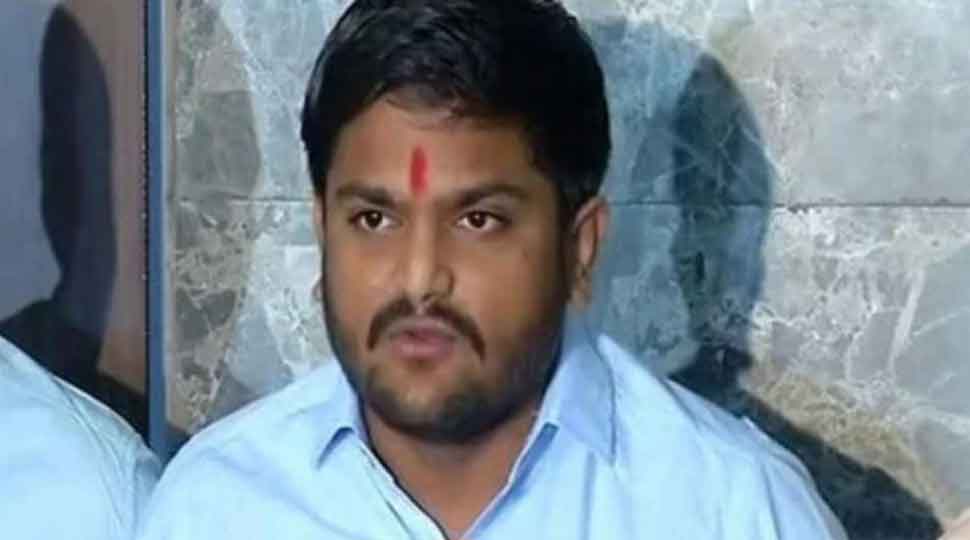 Ahmedabad: Hardik Patel, the Patidar community leader, is missing since the past 20 days, according to his wife Kinjal Patel who also accused the Gujarat administration of targeting her husband. "My husband is missing for the past 20 days, we have no information regarding his whereabouts. We are deeply pained by his absence and want the people to think whether they can bear this kind of separation," Kinjal alleges in a video shared on the internet.

"In 2017, this government was saying that all cases on Patidars will be taken back. Then why are they targeting Hardik alone, why not the two other leaders of the Patidar movement who joined BJP," she alleged.

"This government does not want Hardik to meet and interact with the people and stop raising the issues of the public," Kinjal says in the video.

Though the whereabouts of Hardik Patel are yet to be traced, he had last congratulated Delhi CM Arvind Kejriwal upon his victory in the Assembly elections, through a message from his verified handle on Twitter on February 11.

Earlier on February 10 through social media Patel had accused the Gujarat government of trying to lock him up in jail as the panchayat elections were drawing near in the state.

In his tweet, Patel said, "Four years ago Gujarat Police filed a false case against me, during the Lok Sabha elections I asked the Ahmedabad Police Commissioner for the details of cases against me, but this case was not against me. Fifteen days back, the police arrived at my house to take me into custody, but I was not in my house.''

"Hearing on my anticipatory bail petition is ongoing in this false case in the high court. Many non-bailable warrants have also been issued against me. Panchayat elections are drawing near in Gujarat, that is why BJP wants to lock me up in jail. I will continue the fight of the public against BJP. Will meet soon, Jai Hind," his second tweet read.

Patel has been sent to judicial custody till January 24 after being arrested for failing to appear before a trial court in Ahmedabad in alleged connection with a sedition case.

After getting free he had, through another tweet, hinted that he will continue his struggle. Patel was booked by the Crime Branch in 2015 under sedition charges over his provocative remarks where he had allegedly asked his supporters to kill policemen rather than commit suicide for the cause of reservation.

However, Patel had asserted that there was no evidence against him in the charge-sheet filed by the Crime Branch with regard to criminal conspiracy and inciting people to dislodge the government during the violent agitation that followed August 25, 2015 gathering by Patidar community.