The Girl in the Spider's Web movie review

The Girl in the Spider's Web movie review: A run-of-the-mill edgy thriller

The series is based on the characters created by the late Swedish writer Stieg Larsson and this edition is the fourth instalment written by David Lagercrantz after Larsson's death, just like those Jason Bourne books that weren`t written by Robert Ludlum. 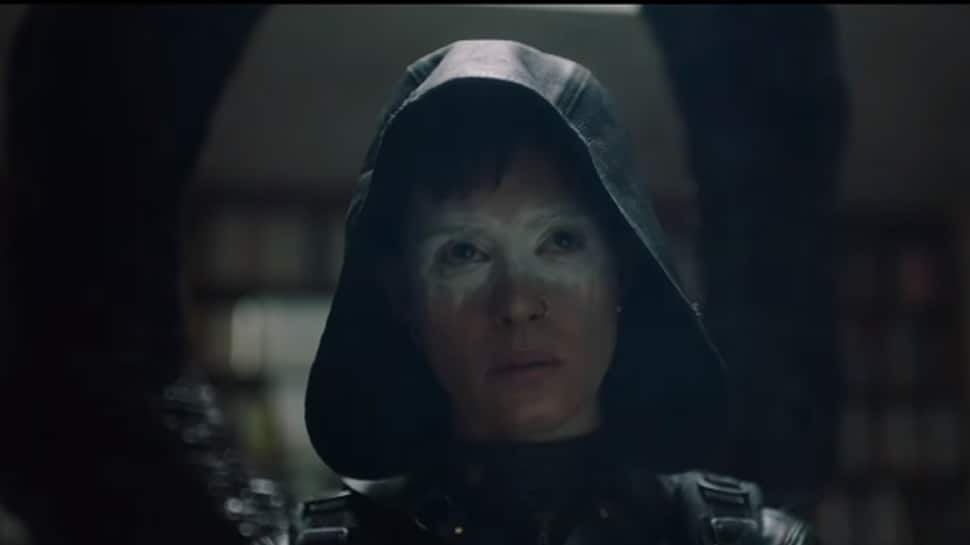 'The Girl in the Spider's Web' is the second American film adaptation of the "Millenium Series" saga, but the first to release in India, the previous one being, "The Girl with the Dragon Tattoo" (This film was not released in India because of censor issues).

The series is based on the characters created by the late Swedish writer Stieg Larsson and this edition is the fourth instalment written by David Lagercrantz after Larsson`s death, just like those Jason Bourne books that weren`t written by Robert Ludlum.

Coincidentally, the film directed by Fede Alvarez, feels like a Bourne knockoff, not, just, because it isn`t as good as the originals but because for some reason its main character, the vigilante hacker Lisbeth Salander (Claire Foy), is now getting caught up in espionage capers involving nuclear launch codes and going on the run because she's been framed for murders like a common Jason Bourne.

So here, Lisbeth of "the Spider's Web" is far from the vigilante she is supposed to be despite being described in the film, as a "hacker with a history of aggravated assault", "the girl who rights wrongs", "the girl who hurts men who hurt women" and a "freak".

Here, she is hired by a conscience-stricken computer programmer Frans Balder (Stephen Merchant) to retrieve Firefall, a programme capable of accessing the world`s nuclear codes that he had developed for the National Security Agency, as he believes it is too dangerous to exist. Balder wants the application back so that he can destroy it.

Lisbeth gets it, but of course it is promptly stolen from her by bad guys, including one who reminds her of her dead sister. Sordid issues of child abuse, corruption, kidnappings, murders and complex criminal networks are dealt with in great detail. And the story abounds in the painful past of Lisbeth`s childhood, which now as an adult she must face.

The film belongs to Claire Foy. As an absolute protagonist, with a poker-face, she delivers an appropriate performance of the lonely and antisocial woman, despite having inherited a magnified and incongruous version of Lisbeth in keeping with her modern image.

Among the others in the supporting cast who make their presence felt are: The Swedish actor Sverrir Gudnason as Mikael Blomkvist as Lisbeth`s once unfaithful partner, the journalist who wrote and published her story, causing her to disappear from his life, The Luxembourg actress Vicky Kripes who was last seen in "Phantom Thread", is now in a cameo as Mikael`s business partner and lover and Sylvia Hoeks as Camilla Salander, Lisbeth`s estranged sister, who is the head of the major crime syndicate.

The screenplay by Alvrez, Jay Basu and Steven Knight, is certainly not the most satisfying version of Lisbeth. Despite being edgy and action-packed with sports cars, exotic costumes and megalomaniac villains, the film seems more generic than a "Millennium" narrative.

The "new" Lisbeth is at a point between Luc Besson's "Nikita" and Daniel Craig's "James Bond".

Some scenes remind you of episodes from the 2006 released "Casino Royale" and 2012 released "Skyfall".

Alvarez's direction keeps the tension high through a slew of ever-more-improbable threats to Lisbeth and her allies. The film boasts of spectacular explosions and motorcar chases. There are also a series of inconsistencies, excesses and free resolutions throughout the plot, which at times can lead to involuntary humour.

Overall, this film is an ordinary edgy thriller whose only claim to fame is its legacy.

Rajinikanth-Akshay Kumar's 2.0 gets 12A certification by British censor board