In the exercise, the IAF showcased the capability of the Griffin Laser Guided Bomb (LGB), a laser-guided bomb system. 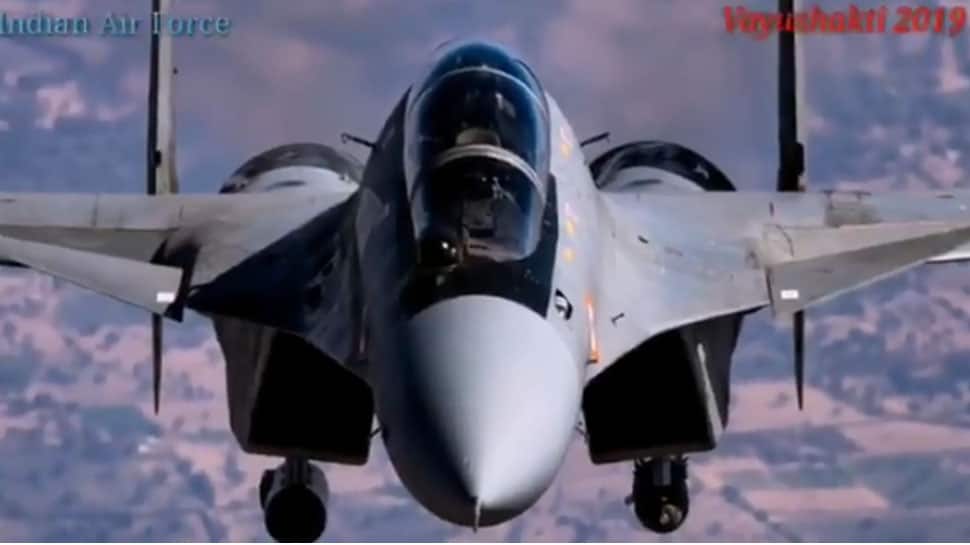 The Indian Air Force (IAF) on Saturday carried out the mega 2019 Vayushakti exercise in Pokhran, Rajasthan, involving almost all variants of its fighter jets and attack helicopters, in a fire power demonstration.

In the exercise, the IAF showcased the capability of the Griffin Laser Guided Bomb (LGB), a laser-guided bomb system. It is an add-on kit which is used to retrofit gravity bombs, making them into laser-guided smart ammunition.

The IAF posted a video on both Facebook and Twitter giving the details of the bomb system. A Su-30MKI pilot, Squadron Leader Ishaan Kelkar, briefed about the LGB, dropped at Pokhran during the exercise.

The Griffin was fired on the target alloted and the particular ammunition has an accuracy of about plus/minus five metres.

"Everyday when we get airborne it gives us a great sense of satisfaction and pride when we achieve the target and come back. Our ground staff people has been working hard day and night towards achieving the full functionality of the fighter so that we achieve our target on time, every time. It is a great privelege for me to fly everyday and achieve the target that we have been alloted," said the Squadron leader.

Fighter jets and helicopters hit targets during day and night. It was for the first time, the ALH and the Akash were deployed in a military exercise.

There is fire in my heart over Pulwama terror attack: PM Modi