Trading activities were underway when a portion of the boundary wall suddenly caved in, killing four people on spot -- all of them were vendors, police said. 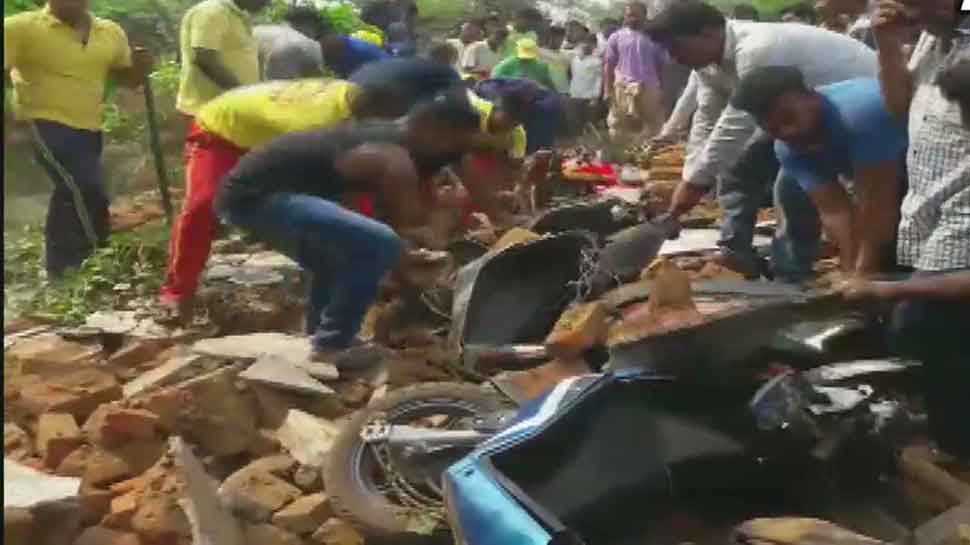 Dhenkanal: At least four people were killed and ten others seriously injured on Sunday when the boundary wall of an abandoned rice mill collapsed near a weekly market in Odisha's Dhenkanal district, the police said.

Trading activities were underway when a portion of the boundary wall suddenly caved in, killing four people on spot -- all of them vendors, Abhinab Dalua, the inspector in-charge of Dhenkanal Town Police Station, said.

A team of the Odisha Disaster Rapid Action Force (ODRAF), along with fire brigade personnel and police officers, carried out the rescue operation, he said, adding that several vehicles, including two-wheelers and bicycles parked near the wall, were crushed under the debris.

Assistant Fire Officer Ramakant Nayak said seven people, who sustained serious injuries in the mishap, were taken to the district headquarters hospital, while three others have been shifted to another facility in Cuttack.

The remaining portion of the boundary wall has been demolished with a JCB machine, he added. Sources said the rice mill had been lying abandoned for several years with little or no maintenance.