Jammu and Kashmir police on Monday (March 23) busted the module of a new terrorist organisation named The Resistance Front, which is linked to Pakistan-based terror group Lashkar-e-Taiba, in Sopore. 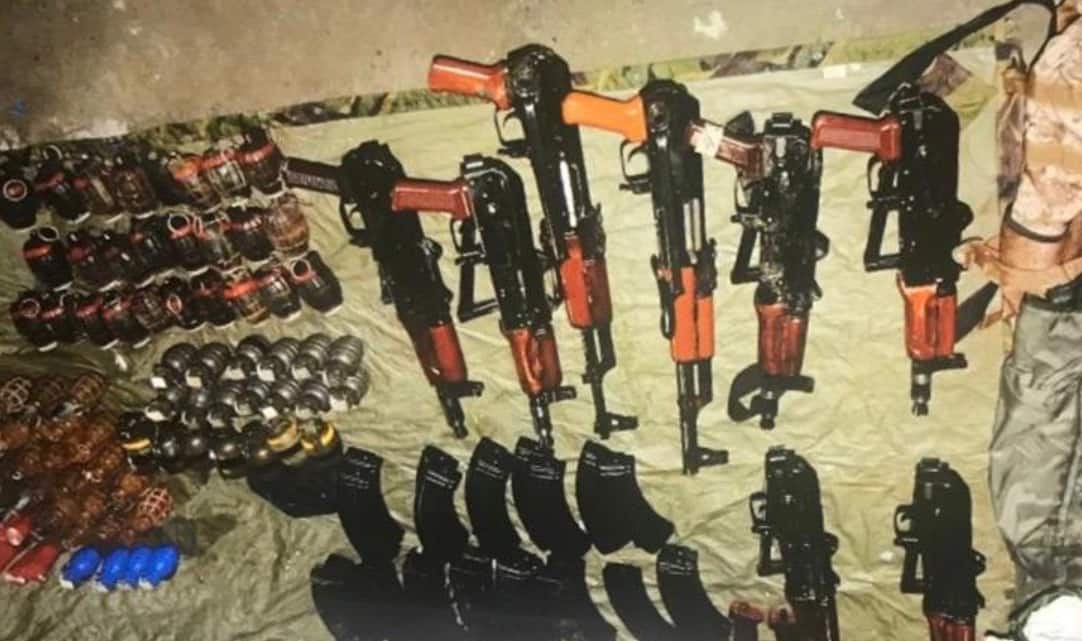 Jammu and Kashmir police on Monday (March 23) busted the module of a new terrorist organisation named The Resistance Front, which is linked to Pakistan-based terror group Lashkar-e-Taiba, in Sopore. The police has arrested four people in connection with this caseand recovered huge amount of arms and ammunition from them.

The Jammu and Kashmir police swung into action after receiving credible information regarding illegal delivery of arms and ammunition by some anti-national elements at District Hospital Sopore. Four teams were formed to carry out the operation and the teams reached the spot covertly and arrested four persons identified as Ahtisham Farooq Malik, Shafqat Ali Tagoo, Musaib Hassan Bhat and Nisar Ahmad Ganai.

Upon questioning of these four individuals it was revealed that they were working under one Pakistan-based person known by the name “Andrew Jones” on Telegram Messenger and the Whats App ID of this man  is “Khan Bilal”, who is operating a newly formed terrorist organisation known by the name “TRF/JK Fighters-The Resistance Front”.

All four apprehended men are the main handlers deputed by the above named Telegram User for recruiting local youths for terrorist activities in Kashmir Valley particularly in North Kashmir and for the same they are instigating local youths to join terrorist ranks.

They have also received a consignment of illegal Arms from one Kabeer Ahmad Lone, which were transported by Shafqat Ali Tagoo and Nisar Ahmad Ganai from Kupwara and handed it over to Ahtisham Farooq Malik at Kupwara.

The four individuals were also going to receive a consignment of six AK-47 Rifles with ammunition from Sharafat. The main purpose of the group was to accumulate the Arms and Ammunition and to go for target killings of politicians and police personnel.

Ahtisham Farooq Malik also revealed to Tagoo that the person who received four hand grenades and a pistol along with ammunition at Markaz Sopore is the first person who has actively joined the terrorist organisation TRF-The Resistance Front from Andergam Pattan. He also said that two hand grenades which were delivered to another person near Guru Hospital were utilised at Srinagar.

During the course of investigation, Kabeer Ahmad Lone was identified and arrested. During his sustained interrogation he revealed that the weapon which he delivered to Tagoo were provided by Sharafat Khan. Upon his revelation four persons were arrested from Kupwara.

However, Sharafat revealed that he along with one Naseer Mir has received a consignment of arms and ammunition from across the border and the duo has dumped the weapons near Cobra Post Keran Kupwara.