Abhishek Manu Singhvi mocks Yogi Adityanath, says 'it's sad that UP CM is unaware of Constitution'

Congress leader Abhishek Manu Singhvi on Sunday said it is sad that Uttar Pradesh Chief Minister Yogi Adityanath is not aware about the context of constitution in India. 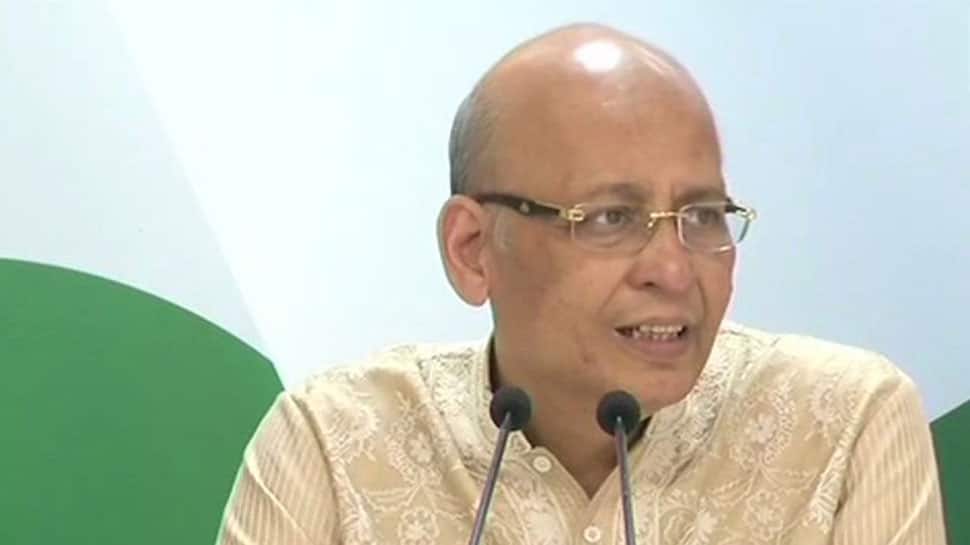 Congress leader Abhishek Manu Singhvi on Sunday said it is sad that Uttar Pradesh Chief Minister Yogi Adityanath is not aware about the context of constitution in India.

Singhvi was reacting to Adityanath's comparison of Ram Temple issue with Sabarimala verdict. Singhvi said that Adityanath is unaware of our own constitution which is sad, news agency ANI reported.

The UP Chief Minister on Saturday had said that if Supreme Court can give judgement on Sabarimala Temple then a decision on Ram Temple should also be taken.

Adityanath had also said that the issue of Ram Temple is not a political one and has religious sentiments attached to it.

"If Supreme Court can give judgement in the Sabarimala case, it should also give its order in Ram temple case. I request the court to do so," Adityanath said at the Ideas Conclave, organised by India Foundation.

His remarks assume significance as it come at a time the Visva Hindu Parishad (VHP) has demanded that the Centre should bring a law in Parliament for the construction of the temple at the disputed site in Ayodhaya.

On September 27, the Supreme Court declined to refer to a larger bench its 1994 verdict for a review over its "questionable observation" that "mosque is not an essential part of the practice of Islam", paving the way for the apex court to hear the politically sensitive main Ayodhya title suit from October 29.

Holding that the earlier observation was made in the limited context of "land acquisition" during the hearing of the Ayodhya case, the top court in a 2-1 verdict made it clear it will not have any bearing in the Ram Janmabhoomi-Babri Masjid title dispute whose outcome will be eagerly awaited ahead of the 2019 Lok Sabha polls.

On September 28, the Supreme Court paved the way for entry of women of all ages into the Ayyappa temple at Sabarimala in Kerala.

The five-judge constitution bench headed by Chief Justice Dipak Misra, in its 4:1 verdict, said that banning the entry of women of menstrual age into the shrine is gender discrimination and the practice violates rights of Hindu women.

No pressure on India to buy F-16 fighter jets from US: Envoy