The Ordnance Factory Board (OFB) has already received requests for around two lakh `Bhabha Kavach`, country's lightest bullet-proof jackets from the armed forces. 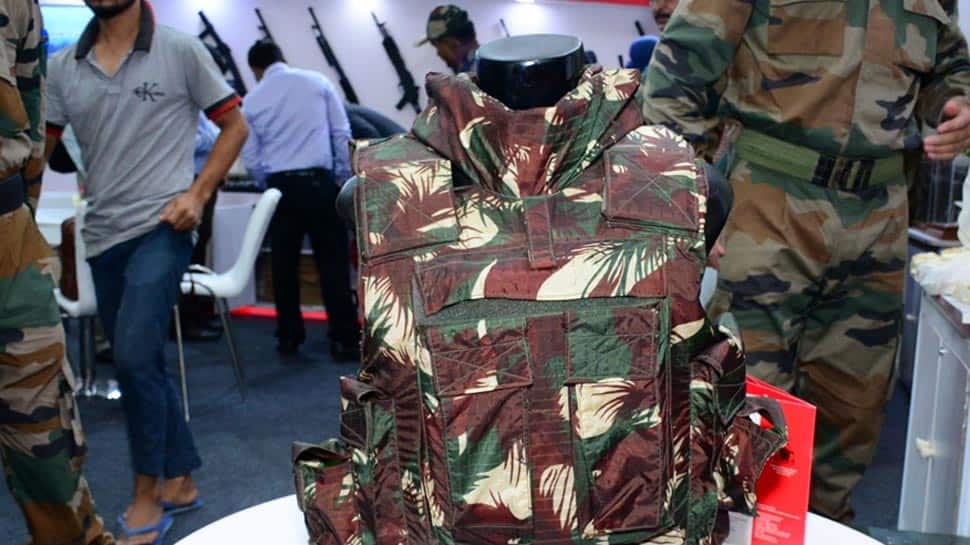 As the government promotes "Make in India", the demand for an Indian product can go a long way in ending dependence on imports.

Talking to IANS, Additional General Manager of Ordnance Equipment Factory, Kanpur, V.K. Chaudhary, said: "The Bhabha Kavach has received an overwhelming response from the armed forces and so far we have got requests for around two lakh jackets.

"The jacket gives 360 degree protection against bullets and has achieved the protection level of National Institute of Justice (NIJ) Level III+ ".

Stating that the Bhabha Kavach has good export potential, Chaudhary said, "We are also planning to export these jackets to countries like Vietnam, Malaysia, Indonesia and African countries and we will soon get export orders from these countries".

With regards to Central Armed Police Forces (CAPFs), Chaudhary said: "Request for around 50,000 jackets each have been received from the Central Reserve Police Force (CRPF) and Border Security Force (BSF) while 25,000 pieces from Indo-Tibetan Border Police (ITBP), around 20,000 jackets for Sashastra Seema Bal (SSB) and Central Industrial Security Force (CISF) has placed an order for 25,000 jackets."

He said demand from state police has also poured in for the jackets. Orders for around 500 jackets have come in from Punjab and Himachal Pradesh Police while Chhattisgarh and Odisha Police have requested for 1,000 jackets.

"We have also got orders from Gujarat and Rajasthan Police while talks are on with Karnataka, Jharkhand, and West Bengal Police," Chaudhary added. The cost of one jacket was Rs 75,000 and it took one and a half year of hard work to come up with this jacket, Chaudhary said.

The country`s lightest bullet-proof jacket developed by the Ordnance Factory Board (OFB) was launched at the International Police Expo 2019 here last month. The jacket has been named Bhabha Kavach as the nano-based technology was taken from the Bhabha Atomic Research Centre.

Ballistic trials were conducted by the BSF, CRPF, and SSB. After trials, the report was sent to a committee, which then recommended it for induction.

The weight of the bullet-proof jacket was 9.2 kg and this was a major breakthrough for the Indian armed forces. It was half-kilo less than the prescribed weight of Ministry of Home Affairs (MHA).

Defence and security experts said that the jacket will definitely boost the morale of the armed forces while ensuring greater security especially for those dealing in counter-insurgency and militancy operations.

Coming up with a safety gear with a protection level of NIJ III+ is a major breakthrough in the technology.