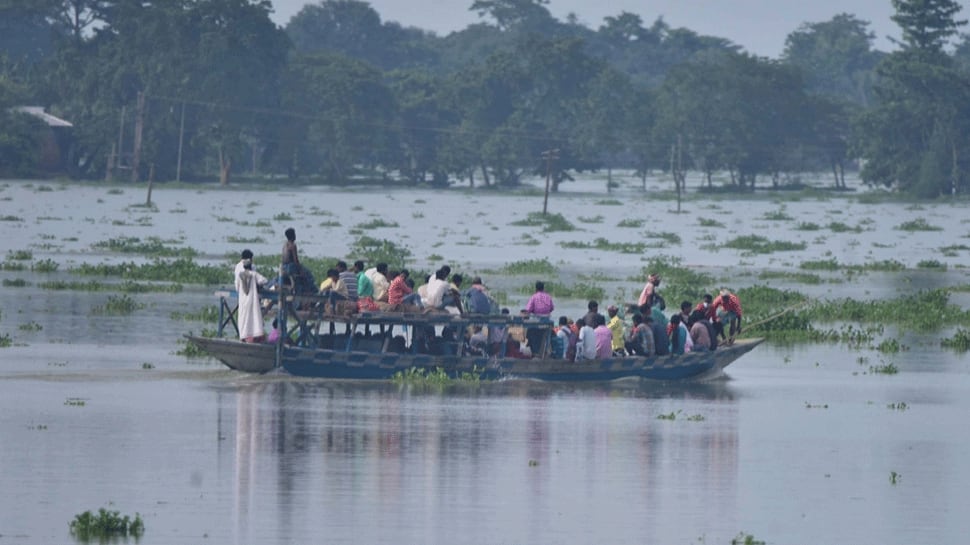 Guwahati: Nearly 25 districts of Assam got affected by the flood due to heavy rain bringing huge damage to the people of the state. The flood has claimed the lives of  24 people and over 13 lakh people have been affected due to the heavy rain, said the Assam State Disaster Mgmt Authority.

According to the officials of various authorities, there have been incessant heavy monsoon showers across the northeast region including Assam, Meghalaya, Arunachal Pradesh causing most rivers including mighty Brahmaputra to flow above danger levels in many places and inundating fresh areas everyday.

Assam Chief Minister Sarbananda Sonowal has also directed Deputy Commissioners of all the affected districts to address the needs of the flood-hit people urgently while adhering to COVID-19 safety protocols.

Meanwhile, the number of coronavirus cases is also rising in the state with 308 new cases reported in the last 24 hours and the total tally stands at 7794.