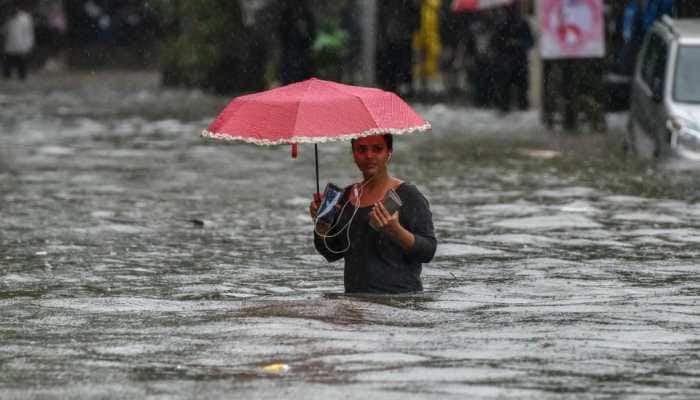 The India Meteorological Department (IMD) has predicted heavy rains in Gujarat and West Madhya Pradesh for the coming days. According to the latest weather bulletin of IMD, rain activity is likely to increase in Gujarat from September 19. Meanwhile, light rain has been predicted for today in Uttar Pradesh, Alwar, and Haryana. 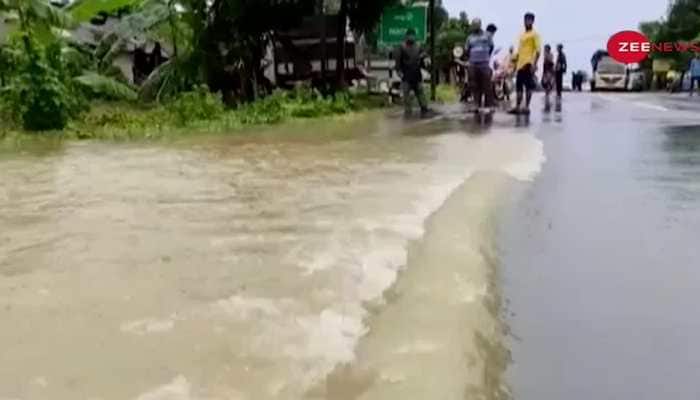 The Chief Minister of the state, Yogi Adityanath, tweeted that it is raining heavily in the state. Incidents like waterlogging, breaking of trees etc. have also been reported at many places. All educational institutions have been closed for two days. Relief and rescue operations are being conducted by the Uttar Pradesh government. 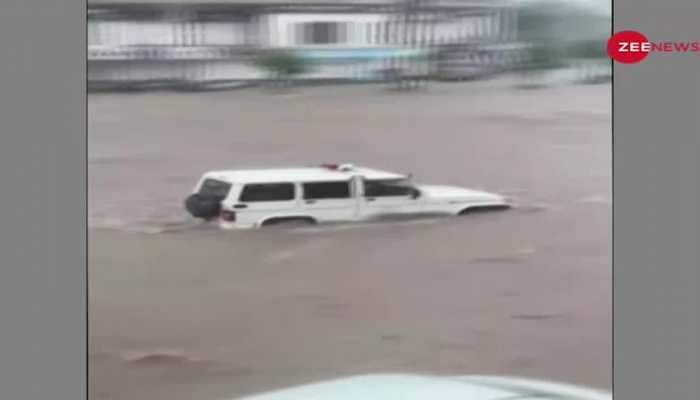 Gujarat Floods: The battle to save lives continues by putting lives in danger

Teams of the Indian Air Force (IAF), Indian Navy, and National Disaster Response Force (NDRF) were rushed to the flood-affected districts of Rajkot and Jamnagar in Gujarat for rescue operations. Officials said on Tuesday (September 14, 2021) that so far more than 200 people trapped in the floodwaters have been rescued. 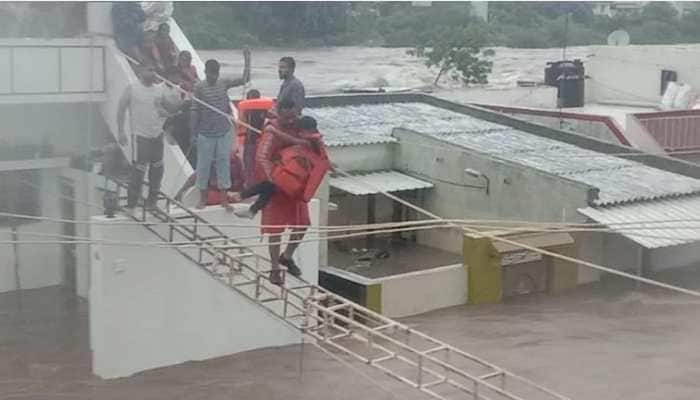 Rajkot and Jamnagar districts in Gujarat are witnessing heavy rainfall. Massive flooding caused havoc in several areas. NDRF and SDRF teams have been deployed for relief and rescue operations. 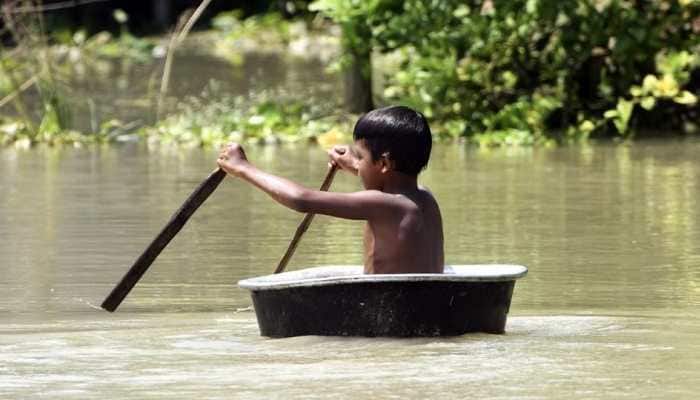 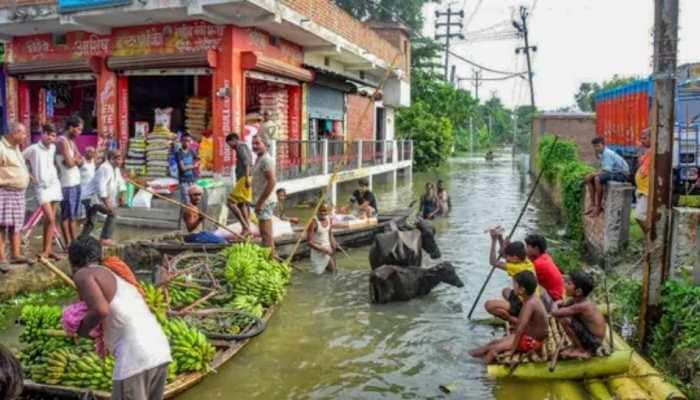 While in Hajipur people have moved to higher altitudes along with their cattle and family making it difficult for them to survive, floodwaters have damaged crops in Saran leaving farmers in huge losses and debts. 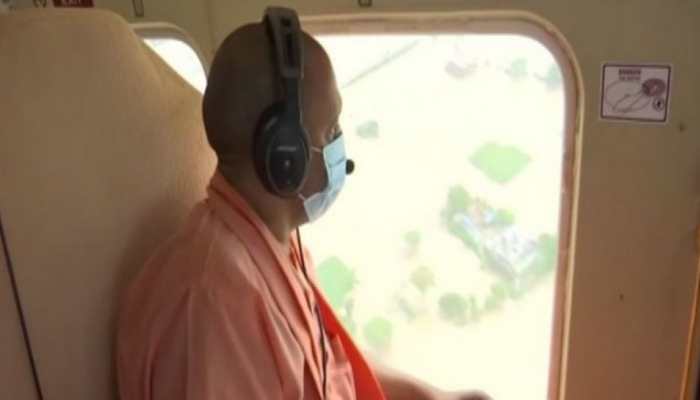 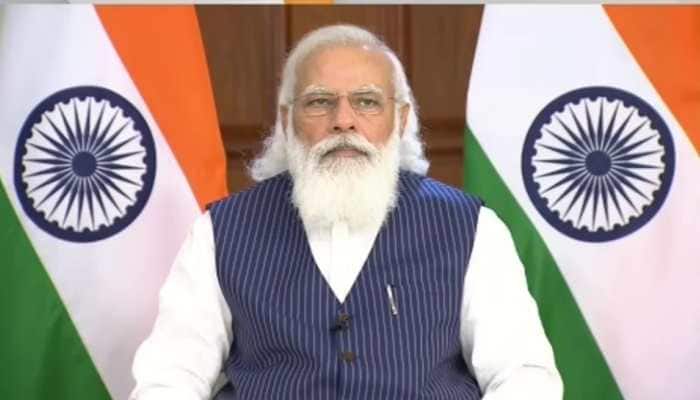 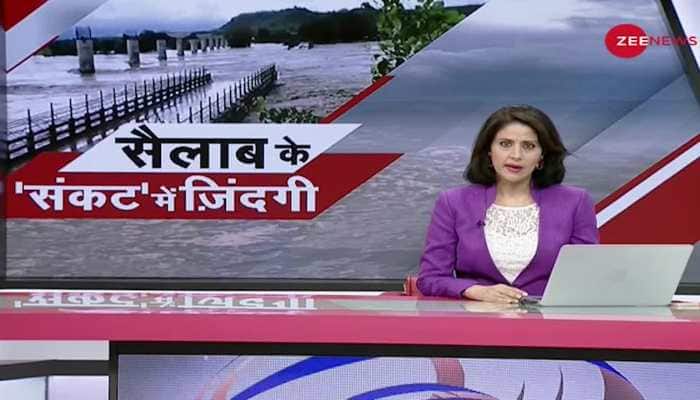 Monsson 2021: Flood knocked in many states of India 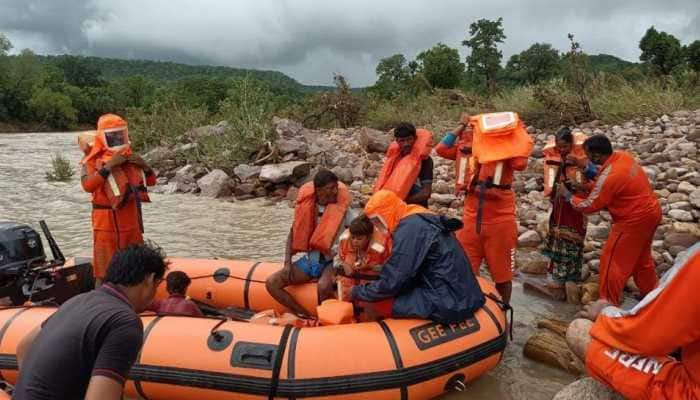 The India Meteorological Department on Thursday evening issued an orange alert forecasting 'heavy to very heavy' rainfall in over 23 districts in Madhya Pradesh. 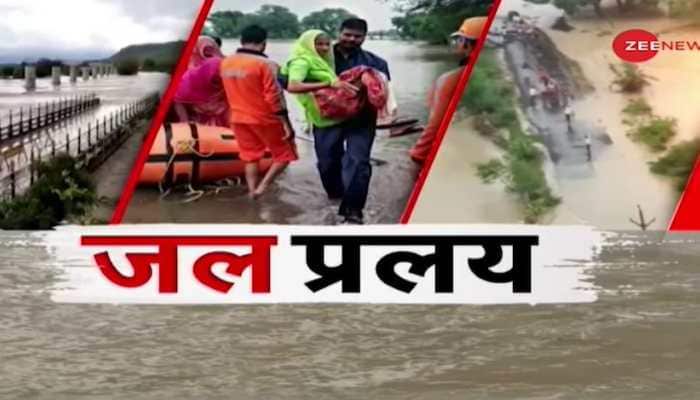 With the onset of the monsoon, it starts raining trouble in different parts of the country. The budget of crores of rupees is allocated to deal with the floods, but despite this, all the preparations prove to be useless. 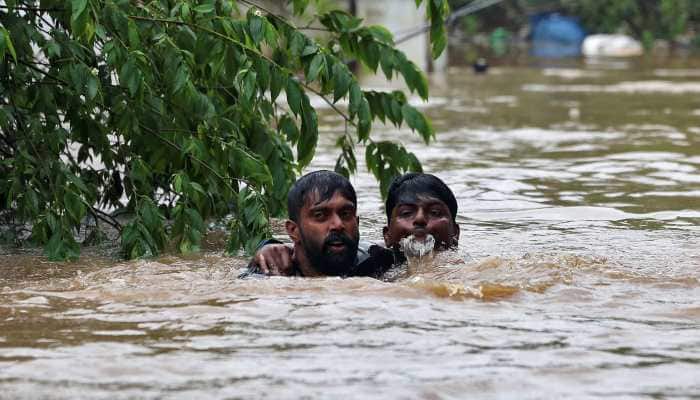 The disaster of monsoon spread in many parts of India like fire spread in the forests of foreign countries. Nearly seven people have lost their lives due to floods in West Bengal, while around 2.5 lakh people have been rendered homeless. The same situation prevails in many other states as well. The floods this time have also caused widespread devastation in some of the worst disasters on record. 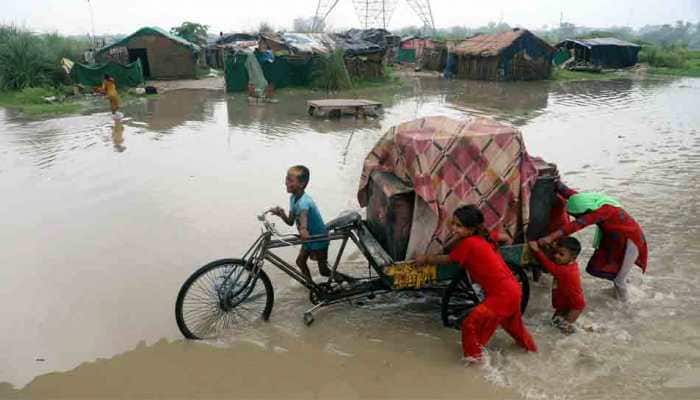 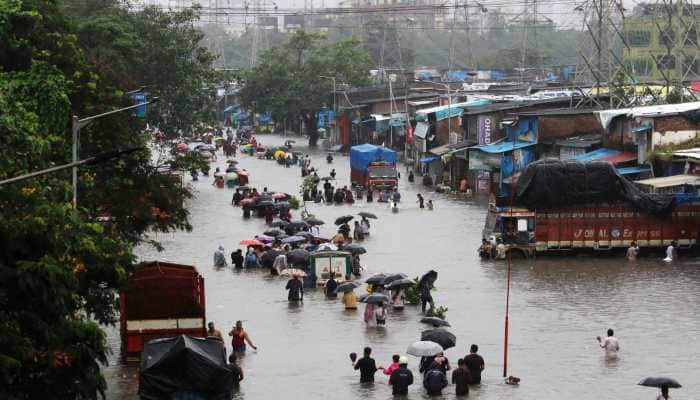 Following heavy rainfall last week, casualties from rain-related incidents have kept mounting in Maharashtra with fatalities rising to 213 on Wednesday. One of the worst-hit regions in the state was the Raigad district which alone accounted for nearly 100 deaths. Eight persons remain missing. 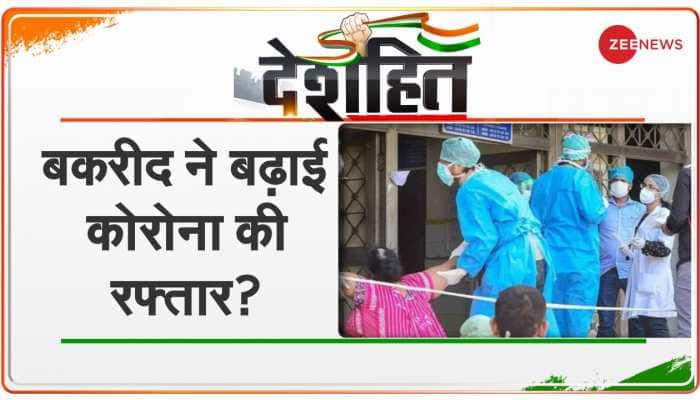 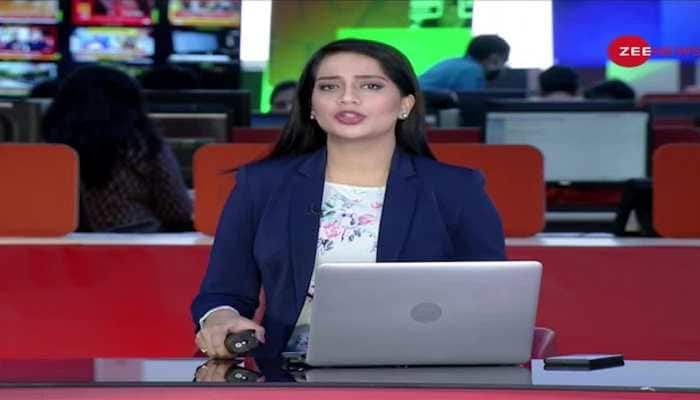 The situation in many states of India is uncontrollable due to heavy rains and floods. So far more than 150 people have lost their lives in Maharashtra while 300 villages in Karnataka have been badly affected. 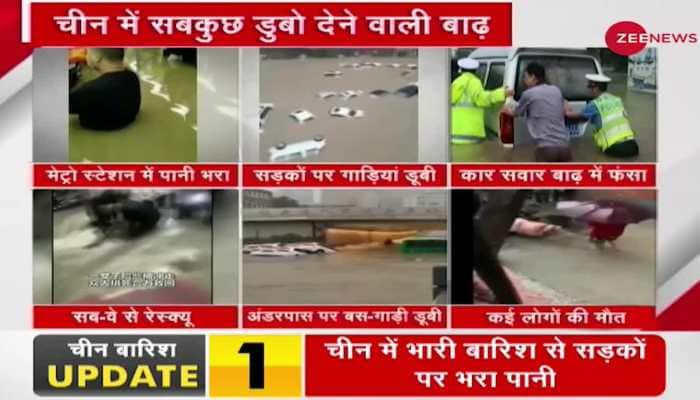 The floods in China have taken a more severe form, due to which the roads have turned into the sea and the metro station was seen submerged in water. 12 people died due to the floods and many people are still missing. 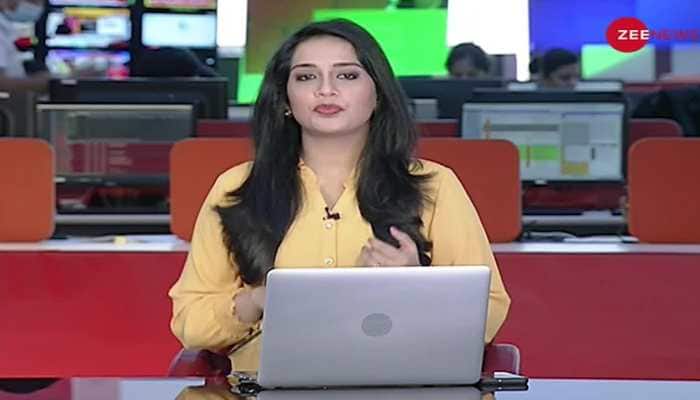 How is the condition of the country in monsoon?

People are suffering due to monsoon rains. The Meteorological Department has issued an alert to many states for the next 24 hours. Watch the special report. 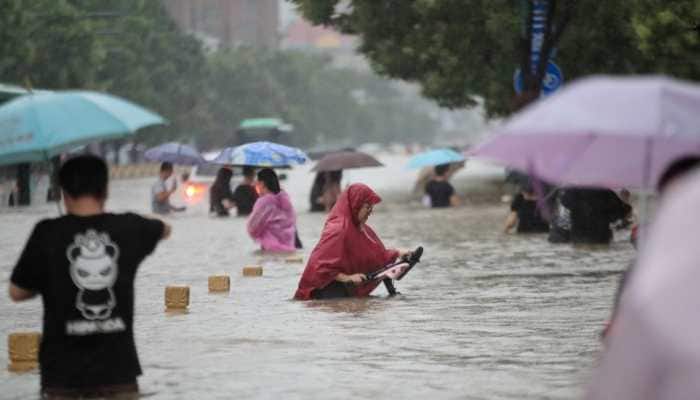 The capital of Henan province, Zhengzhou, has been hardest-hit, with at least 12 people reported dead so far. Lives of millions of people in the area have been upended since the weekend when the extremely heavy rains lashed the region 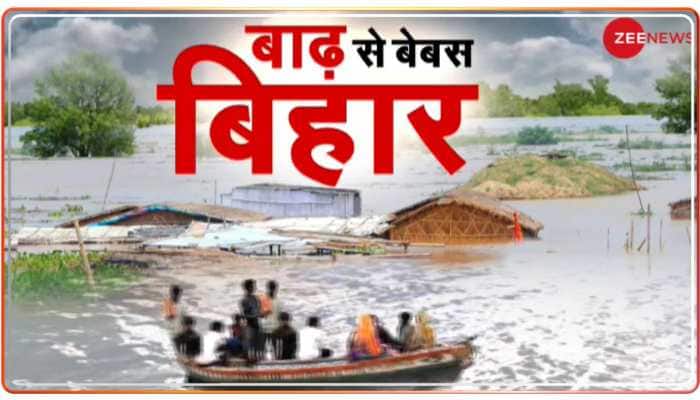 Bihar: 10 teams of NDRF deployed to deal with floods

This year also many areas of Bihar are in the grip of floods. NDRF and SDRF teams have been deployed to deal with the situation.