With this, Sindhu became the first woman to fly DRDO developed LCA Tejas. 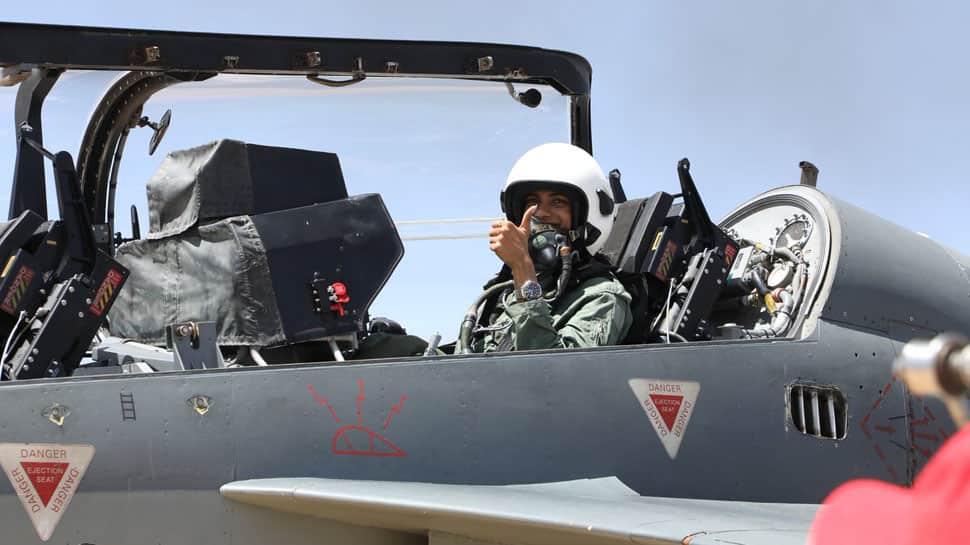 Badminton ace PV Sindhu took a sortie in the Light Combat Aircraft Tejas on Saturday as part of the Women's Day celebrations at Aero India 2019 in Bengaluru's Yelahanka Air Force base.

With this, Sindhu became the first woman to fly DRDO developed LCA Tejas. She flew for about five minutes in the co-pilot's seat in the indigenous supersonic fighter's trainer version.

The 2016 Rio Olympics silver medal winner donned the green uniform of an Indian Air Force (IAF) pilot and sat in the fighter much to the delight of thousands of spectators. A loud cheer went up as soon as the Tejas left the runway and took off.

Terming the opportunity to fly HAL’s indigenous LCA Tejas as a “great experience”, the 23-year-old said that she is really "honoured."

Talking about the aircraft, the Olympics Silver medallist said, “Tejas, we all know, is the real hero so definitely a great pleasure for me.”

"They have given me this opportunity to fly Tejas. It is a great day for me and I will definitely remember this," Sindhu said.