As West Bengal Governor Jagdeep Dhankar was on Tuesday prevented from presiding over a convocation at the Jadavpur University over the Citizenship (Amendment) Act (CAA) issue, Twitterati came out in his support as well as questioned him on the matter. 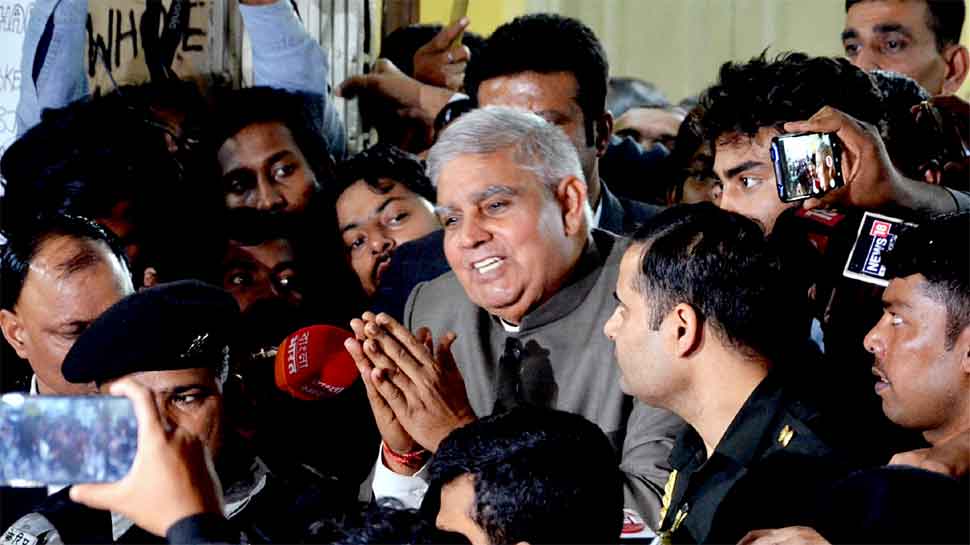 Kolkata: As West Bengal Governor Jagdeep Dhankar was on Tuesday prevented from presiding over a convocation at the Jadavpur University over the Citizenship (Amendment) Act (CAA) issue, Twitterati came out in his support as well as questioned him on the matter.

Dhankhar wrote on @jdhankhar1: "At the campus of the Jadavpur University I appealed all concerned to ensure that a handful of people cannot be allowed to hold system hostage. Appealed to the good sense of those who in the government and university ought to be active to contain the situation."

In another tweet, he tagged @MamataOfficial and wrote: "Am surprised that in spite of my directive to the VC to go by the rule book and abide by my direction as regards the convocation, the same has been started. In utter helplessness as of now I am leaving the Jadavpur University campus. Those concerned must soul search."

Reacting to the development, one user posted a meme of a movie actress with the caption 'I want to get more humiliation'. He wrote: "Governor of West Bengal Jagdeep Dhankar after waking up every morning."

One user posted a picture of posters pasted on the campus that demanded that though the protesters were in favour of holding the convocation, they did not want the presence of Dhankar. He wrote: "Convocation banner across the main gate, protest placards below."

One Twitter user berated him: "Very poor politician... Always tries to win the game." "The Governor himself is responsible for the present situation at Jadavpur. He should be neutral and non-political...," read another post.

One user questioned: "Why do you go at places where you are humiliated."

Other Twitter users came in his support. One wrote: "Another shame on Jadavpur and Kolkata; politics has gone such low!!"

National Population Register: Everything you need to know about its benefits