Bharatiya Janata Party (BJP) leader Rahul Sinha said that imposition of President's rule in West Bengal will be the only option left if violence over the Citizenship Amendment Act continued. 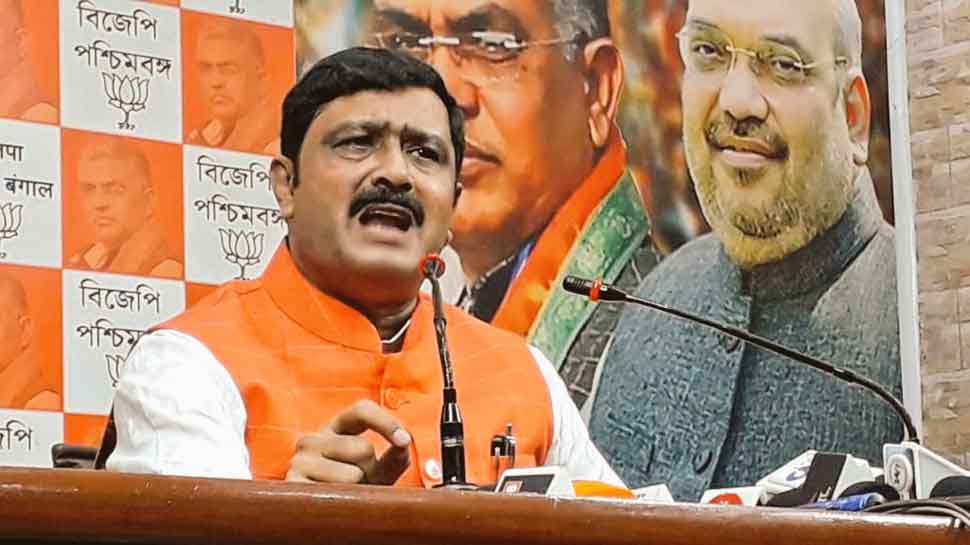 KOLKATA: Bharatiya Janata Party (BJP) leader Rahul Sinha said that imposition of President's rule in West Bengal will be the only option left if violence over the Citizenship Amendment Act continued.

Saying that state Chief Minister Mamata Banerjee was "instigating Bangladeshi Muslim infiltrators and non-peace loving community" to carry out violence in the state for her "appeasement policies" through her public statements, Sinha lashed out at Banerjee for not taking action against those indulging in violence.

“We (BJP) never support President’s Rule. But if such anarchy continues in West Bengal, we will be left with no option but to seek President’s Rule in the state. The TMC government is just a mute spectator when the entire state is burning,” Sinha said on Saturday.

Protesters vandalised public property, raided a large number of houses, burnt police vehicles while carrying out a demonstration against the Citizenship Amendment Act. Sinha said everything was happening because of Sinha.

Rail Roko movement was launched on Sunday in protest against CAA and NRC at Bhaiyabala in Basirhat of North 24 Parganas district. Congress workers sat down on the railway line of Bhabla station from Sealdah to Hasanabad. The trains were stopped for about half an hour and later the railway police reached the spot and removed all the protesters from there.

A mob torched at least four trains at Krishnapur station in Murshidabad, ransacked the railway complex and also set it on fire. So were six station complexes in Howrah and Murshidabad. A toll plaza in Murshidabad was also set ablaze.

Protesters hurled stones at the Maldah–Katihar passenger train. There were no reports of any injuries though.

They also uprooted railway tracks in several places, blocked roads and highways with burning tyres and clashed with the police. Police vans and fire tenders were also set ablaze. Train services between Howrah and Kharagpur were completely cut off.