The ATAL JAL is a scheme that aims to improve groundwater management through community participation in identified priority areas in seven states--Gujarat, Haryana, Karnataka, Madhya Pradesh, Maharashtra, Rajasthan and Uttar Pradesh. The scheme worth Rs 6,000 crore will be implemented over a period of five years starting in 2020. 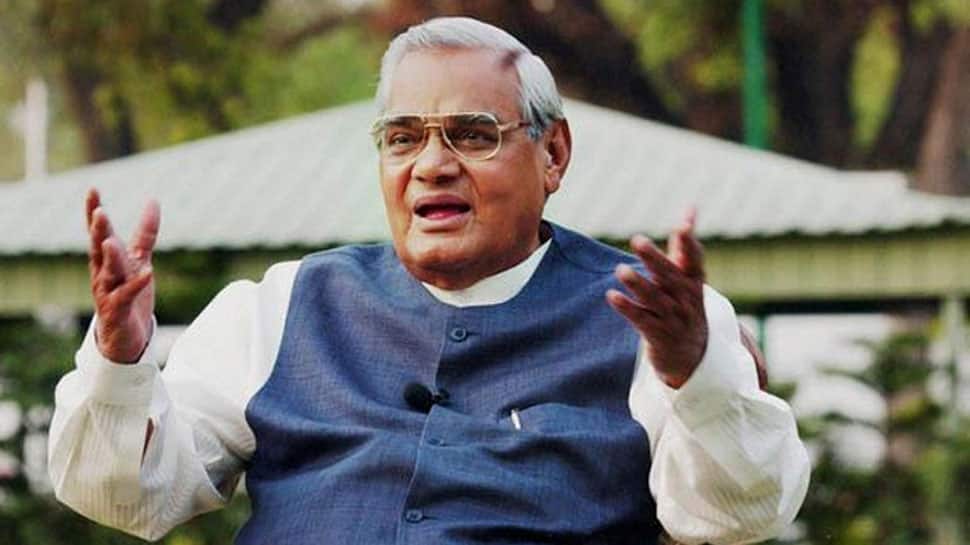 The ATAL JAL is a scheme that aims to improve groundwater management through community participation in identified priority areas in seven states--Gujarat, Haryana, Karnataka, Madhya Pradesh, Maharashtra, Rajasthan and Uttar Pradesh. The scheme worth Rs 6,000 crore will be implemented over a period of five years starting in 2020.

The implementation of the ATAL JAL is expected to benefit nearly 8,350 Gram Panchayats in 78 districts in these states. ATAL JAL will promote panchayat led groundwater management and behavioural change with a primary focus on demand-side management. Out of the total amount, 50 per cent shall be in the form of World Bank loan, and be repaid by the Centre. The remaining 50 per cent shall be through Central Assistance from regular budgetary support. The entire World Bank's loan component and Central Assistance shall be passed on to the states as grants.

The increasing stress on groundwater due to overexploitation, contamination and associated environmental impacts threaten to endanger the food security of the nation, and so this scheme has been introduced to take necessary preventive measures. Groundwater contributes to nearly 65 per cent of the total irrigated area of the country and nearly 85 per cent of the rural drinking water supply.

ATAL JAL will result in:

i) institutional strengthening for improving groundwater monitoring networks and capacity building of stakeholders at different levels which will enhance groundwater data storage, exchange, analysis and dissemination,
ii) improved and realistic water budgeting based on an improved database and preparation of community-led Water Security Plans at Panchayat level,
iii) implementation of Water Security Plans through the convergence of various ongoing/new schemes of the Government of India and State Governments to facilitate judicious and effective utilization of funds for sustainable groundwater management and
iv) efficient use of available groundwater resources with emphasis on demand-side measures such as micro-irrigation, crop diversification, electricity feeder separation etc.

Source sustainability for Jal Jeevan Mission in the project area with the active participation of local communities.
Will contribute towards the goal of doubling the farmers' income.
Will promote participatory groundwater management.
Improved water use efficiency on a mass scale and improved cropping pattern;
Promotion of efficient and equitable use of groundwater resources and behavioural change at the community level;

The Cabinet, chaired by Prime Minister Narendra Modi, has also decided to honour the contribution of former prime minister Atal Bihari Vajpayee by naming the Strategic Tunnel under Rohtang Pass after him on December 25, 2019, which happens to be his birthday. The historic decision to construct a strategic tunnel below the Rohtang Pass was taken on June 03, 2000, when late Atal Bihari Vajpayee was the Prime Minister. The foundation stone for the Access Road to the South Portal of the tunnel was laid on May 26, 2002.

The 8.8-kilometre-long tunnel is the world's longest tunnel above an altitude of 3,000 metres. It will reduce the distance between Manali and Leh by 46 kilometres and save crores of rupees in transport costs. It is a 10.5-metre wide single tube bi-lane tunnel with a fireproof emergency egress tunnel built into the main tunnel itself.

The Border Roads Organisation (BRO) worked relentlessly to overcome major geological, terrain and weather challenges that included the most difficult stretch of the 587-metre Seri Nalah Fault Zone. The breakthrough from both ends was achieved on October 15, 2017. The tunnel is now nearing completion and is a step in the direction of providing all-weather connectivity to remote border areas of Himachal Pradesh and Ladakh which otherwise remained cut off from the rest of the country for about six months during winters.