Chandrayaan-2 journey to the Moon: What the lunar mission will do in its 48-day trip

The GSLV MkIII-M1 injected Chandrayaan-2 spacecraft into an elliptical earth orbit after about 16 minutes 14 seconds after the lift-off. 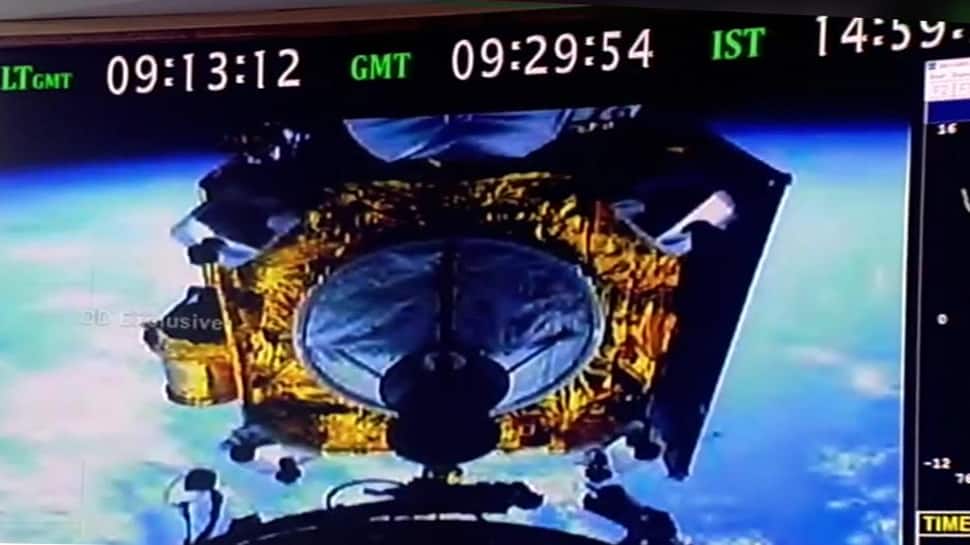 The GSLV MkIII-M1 injected Chandrayaan-2 spacecraft into an elliptical earth orbit after about 16 minutes 14 seconds after the lift-off. Immediately after the spacecraft was separated from the vehicle, the solar array of the spacecraft automatically got deployed and ISRO Telemetry, Tracking and Command Network (ISTRAC), Bengaluru successfully took control of the spacecraft.

#ISRO
Here's a view of the majestic lift-off of #GSLVMkIII-M1 carrying #Chandrayaan2 pic.twitter.com/z1ZTrSnAfH

Going forward, a series of orbit manoeuvres will be carried out using Chandrayaan-2's onboard propulsion system. This will raise the spacecraft orbit in steps and then place it in the Lunar Transfer Trajectory to enable the spacecraft to travel to the vicinity of the Moon.

India's second mission to the moon, Chandrayaan-2, comprises of a fully indigenous Orbiter, Lander (Vikram) and Rover (Pragyan). The Rover Pragyan is housed inside Vikram lander.

After leaving the earth orbit and on entering Moon's sphere of influence, the on-board propulsion system of Chandrayaan-2 will be fired to slow down the spacecraft. This will enable it to be captured into a preliminary orbit around the Moon. Later, through a set of manoeuvres, the orbit of Chandrayaan-2 around the moon will be circularised at 100 km height from the lunar surface.

Subsequently, the lander will separate from the Orbiter and enter into a 100 km X 30 km orbit around the Moon. Then, it will perform a series of complex braking manoeuvers to soft land in the South polar region of the Moon on September 7, 2019.

Following this, the Rover will roll out from the lander and carry out experiments on the lunar surface for a period of 1 lunar day, which is equal to 14 Earth days. While the mission life of the lander is 1 lunar day, the Orbiter will continue its mission for a duration of one year.

The mission objective of Chandrayaan-2 is to develop and demonstrate the key technologies for end-to-end lunar mission capability, including soft-landing and roving on the lunar surface. The mission aims to increase the understanding of the origin and evolution of the Moon through a detailed study of its topography, mineralogy, surface chemical composition, thermo-physical characteristics and atmosphere.

Chandrayaan-2 has several science payloads to facilitate a more detailed understanding of the origin and evolution of the Moon. The Orbiter carries eight payloads, the lander carries three, and the rover carries two. Besides, a passive experiment is included on the lander. The Orbiter payloads will conduct remote-sensing observations from a 100 km orbit while the Lander and Rover payloads will perform in-situ measurements near the landing site.