The scheme will benefit a total of 1,74,015 Class XII students of government schools in the first phase. 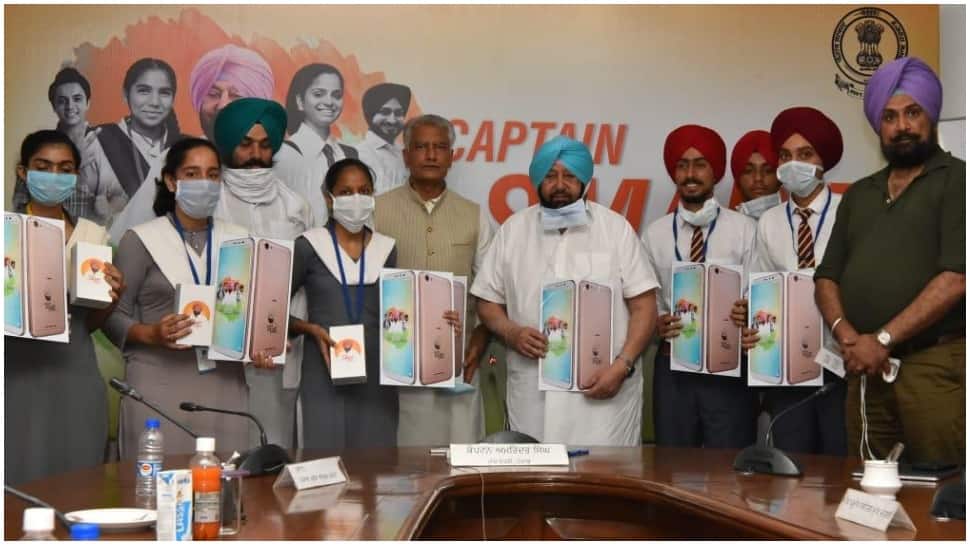 CM Amarinder personally handed over smartphones to six Class XII students in a symbolic gesture. He said that people believe in the promises listed in the election manifesto and it was his duty to ensure the implementation of each one of them.

The scheme will benefit a total of 1,74,015 Class XII students of government schools in the first phase. Of these, 87,395 are boys and 86,620 girls, with the majority in the OBC and SC/ST categories.

CM Amarinder expressed, "When the Congress listed Smart Phones as a poll promise, it was to provide global connectivity and empower the poor youth who could not afford them."

He added that in the present pandemic situation, these phones had assumed bigger importance as they had become a necessity for education continuity.

Chief Minister @capt_amarinder Singh at the state wide launch of #PunjabSmartConnect scheme to distribute smartphones to government school students to provide access to online education in this hour of need during #COVID19 pandemic. pic.twitter.com/IQgqSbIJsr

CM said that it was the money of the people of Punjab which his government was spending on the advancement of the youth, adding that the phones were planned to be distributed in March but the process got delayed due to the COVID-19 outbreak.

The Chief Minister also expressed that he wanted Punjab’s students to be abreast with the latest technology which they can use effectively for their education.

Gone are the days of chalks and boards, he said, adding that the Government schools, which had seen a major transformation over the past couple of years, needed to be supported through technological initiatives by the state government.

As per the official statement by State Government, distribution of phones was done at 26 places by various ministers, MLAs and others across the state to kickstart the scheme.