While parts of Delhi received little shower, heavy snowfall was witnessed in J&K and Himachal Praadesh. 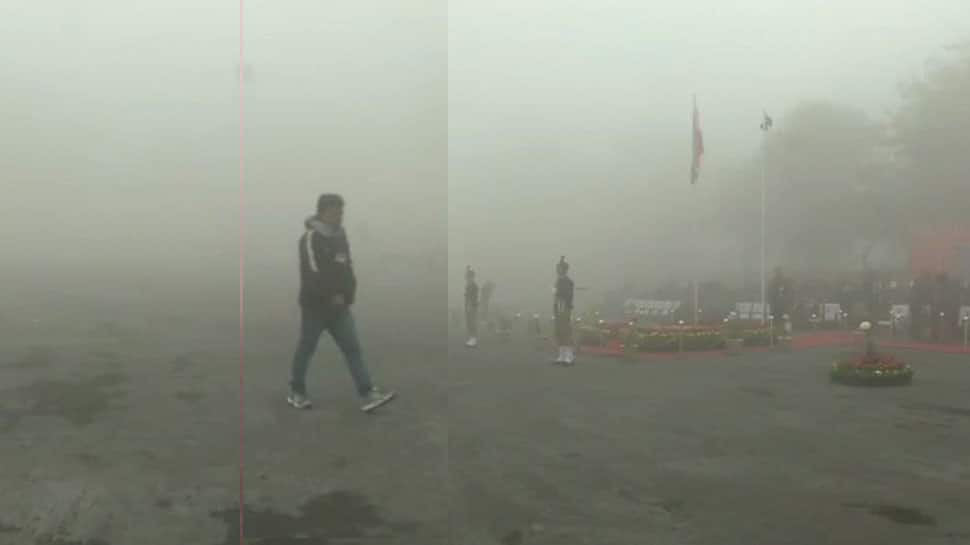 NEW DELHI: Cold weather conditions continued to prevail in most parts of north India with the minimum temperatures rising several degrees above the normal in Punjab and Haryana, Delhi-NCR receiving a light rainfall and heavy snowfall in Himachal Pradesh and Jammu and Kashmir.

According to the MeT department, Punjab's Gurdaspur remained the coldest place in the region with 4.8 degrees Celsius. Union Territory Chandigarh, the joint capital of Punjab and Haryana, experienced cold weather conditions at 10.9 degrees Celsius, five degrees above the normal, the official said.

The MeT department has also predicted widespread rains in most parts of Punjab and Haryana on Monday and Tuesday.

4 flights cancelled, 11 delayed due to bad weather in J&K

Bad weather conditions disrupted operations at the Srinagar International Airport here, leading to the cancellation of four flights on Monday.

Due to the inclement weather, four of the 27 flights to and fro the Srinagar airport were cancelled on Monday, an official of the Airport Authority of India said.

Another 11 flights got delayed due to poor visibility and intermittent rainfall since Monday morning.

After days of dry weather, cold intensified its grip across Himachal Pradesh on Monday with the higher reaches receiving fresh snowfall.

The weather bureau also warned of some heavy spells of snow and rain that were likely to hit the state till Wednesday. The temperature remained near freezing point at many places after an overnight spell of snow and rain, a Met official said.

The state capital, which saw cloudy skies, saw a low of 6.9 degrees Celsius, while Kalpa, some 250 km from here, experienced 1.2 cm of snow, the official said.

Picturesque tourist resort Manali saw four mm rain but its nearby hills like the Solang ski slopes, Kothi, Gulaba and the Rohtang Pass, 52 km from Manali, have been experiencing snow.

"The high hills of Lahaul and Spiti, Kinnaur, Kullu, Shimla and Chamba districts have been experiencing light to moderate snowfall," said the weather official.

He said moderate to heavy snowfall may occur across the state over the next two day. People in the area and tourists have been advised not to venture in the high hills.

Most of the prominent tourist towns like Shimla, Narkanda, Kufri, Dalhousie and Manali are likely to have moderate spells of snowfall, he added.