Tharoor termed remarks of Pakistan delegation as "disappointing misuse of the platform" and asserted that Jammu and Kashmir was an integral part of India. 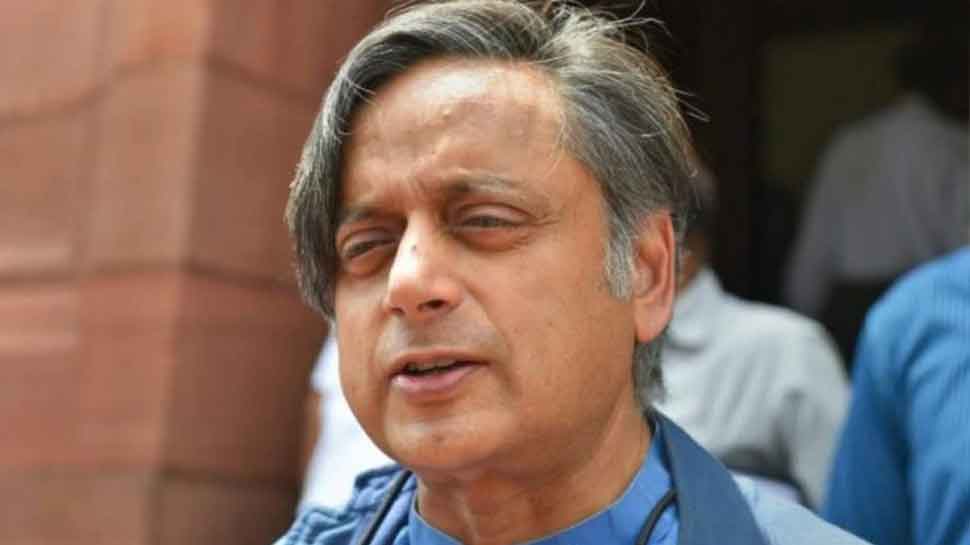 Belgrade: Snubbing Pakistan for resorting to "blatant misrepresentations" and "peddling false narrative", Congress MP Shashi Tharoor on Wednesday said the neighbouring country was responsible for the inflicting countless cross-border terrorist attacks in Jammu and Kashmir and that its malicious efforts to interfere in India`s internal affairs will not be allowed to succeed.

Addressing Inter-Parliamentary Union Standing Committee on UN Affairs meeting, Tharoor called out Pakistani delegation for its "vitriolic outburst" over the abrogation of Article 370, saying it an internal matter and the Indian delegation "rejects outright and strongly condemns" such references.

Tharoor termed remarks of Pakistan delegation as "disappointing misuse of the platform" and asserted that Jammu and Kashmir was an integral part of India.

"I regret the vitriolic outburst by the panellist resorted to blatant misrepresentation of facts and false narrative being peddled by his country for its own narrow political purposes and petty territorial purposes. This is a disappointing misuse of this platform. Pakistan has raised an issue which is internal to India. Indian delegation outrightly rejects and strongly condemns such reference," he said.

Tharoor also slammed attempts by Pakistan in the past to use remarks by the opposition party in its narrative.

He said the party will fight its own battle democratically and does not need interference from across the border.

"I am an MP from the leading opposition party of India. We will continue to use our Parliament to discuss and debate with our own government on Kashmir and other issues. We will fight our own battle democratically and do not need or welcome interference from across the border," he said.

Tharoor urged Pakistani delegation to focus on important issues. "We hope the delegation of Pakistan will refrain from misusing this august forum in the collective interest of parliament of the world and should focus on some serious issue that is under discussion here," he said.