In all, 103 trains from and through Bhadrak-Vizianagaram railway section have so far been cancelled. 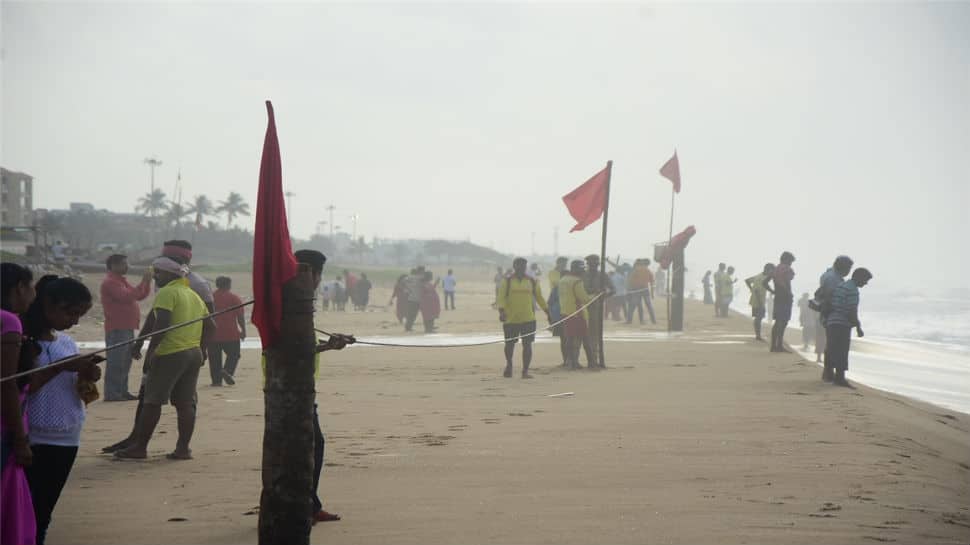 East Coast Railway said on Thursday that as many as four trains have been cancelled while another three have been diverted due as precautionary measures in the wake of Cyclone Fani.

Cyclone Fani is expected to make landfall in Odisha on Friday and several coastal districts in the state as well as in West Bengal, Andhra Pradesh and Tamil Nadu could witness heavy to very heavy rainfall accompanied by winds with triple-digit speeds.

Keeping the safety of passengers as paramount, East Coast Railway announced that the following trains have been cancelled:

Train No. 18117 - Rajyarani Express from Rourkela to Gunupur

Train No. 02841 - Special from Santragachhi to Chennai

While all of the trains were initially scheduled to depart on Friday, they now stand cancelled.

The diverted trains are:

18508 Amritsar-Visakhapatnam Hirakud Express from Amritsar and 18507 on the return route from Visakhapatnam will run on diverted route via Sambalpur-Titligarh and Vizianagaram route.

06335 Guwahati-Kochuveli Special from Guwahati will run on diverted route via Kharagpur-Jharsuguda-Sambalpur-Titilagar-Vizianagaram and Vishakapatnam.

In all, 103 trains from and through Bhadrak-Vizianagaram railway section have so far been cancelled.

Additionally, three special trains will run from Puri to facilitate tourists and locals wishing to leave the coastal city.