The meeting will take place in the evening during which they will discuss the situation in Jammu and Kashmir. 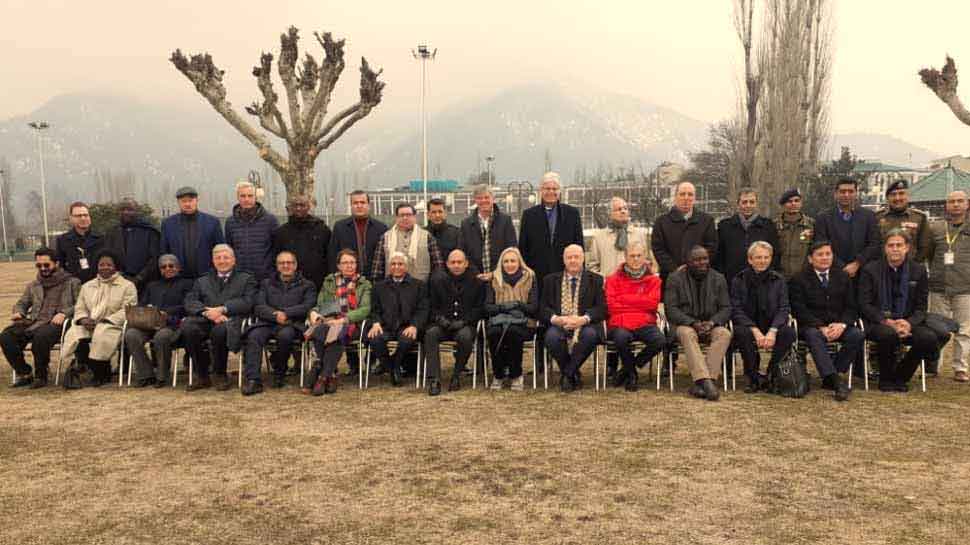 JAMMU: A delegation of 25 foreign envoys, which visited Jammu and Kashmir, will meet National Security Advisor (NSA) Ajit Doval in the national capital on Friday (14, 2020). The meeting will take place in the evening during which they will discuss the situation in Jammu and Kashmir.

On Thursday, the foreign envoys were briefed about the security situation in the region by Army. The foreign envoys later visited Jammu, where they held meetings with Chief Justice of Jammu and Kashmir, Lieutenant Governor of the Union Territory, district administration officials and civil society members of Jammu division.

On Wednesday, the group visited Baramulla, Srinagar and Jammu and met representatives of the civil society, including youth from different ethnic, religious and socio-economic communities, local business and political leaders, civil administration and representatives of mainstream media.

They also received briefings about the development programmes being implemented, get an assessment of the security situation, and witness for themselves the progressive normalisation of the situation.

Last month, envoys of 15 countries including US Ambassador to India Kenneth Juster and diplomats from Vietnam, South Korea, Brazil, Niger, Nigeria, Morocco, Guyana, Argentina, Philippines, Norway, Maldives, Fiji, Togo, Bangladesh, and Peru visited Jammu and Kashmir on January 9 and 10 to see first-hand efforts being made by the government in the region.

The demand for statehood, restoration of internet, development dominated the discourse during the envoy's meet with civil society in Srinagar.

US had called the visit an important step but raised concern over the detention of political leaders. US state dept's Alice Wells in a tweet had said, "Closely following @USAmbIndia & other foreign diplomats’ recent trip to Jammu & Kashmir. Important step. We remain concerned by the detention of political leaders and residents, and internet restrictions. We look forward to a return to normalcy."

In October 2019, a group of European parliamentarians were taken on a visit but that was in their private capacity.