The accused Suhail and Saqib are two of the total ten people who were arrested on December 26, 2018, for being members of 'Harkat-ul- Harb-e-Islam' and for planning terror attacks across the country. 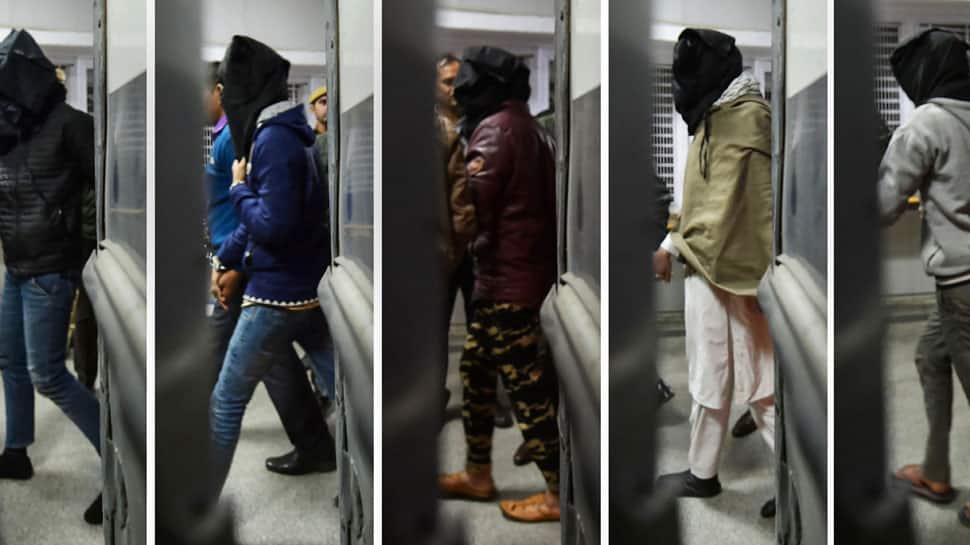 The accused Suhail and Saqib are two of the total ten people who were arrested on December 26, 2018, for being members of 'Harkat-ul- Harb-e-Islam' and for planning terror attacks across the country.

The eight other suspects are currently in judicial custody.

The NIA busted the IS-inspired terror module following massive raids at various places and arrested the terror suspects from Delhi and Uttar Pradesh. The apex anti-terror probe agency said that the members of the alleged terror module wanted to carry out fidayeen attacks in near future and had set eyes on VVIPs.

Alleged mastermind Mufti Mohammad Suhail Hazrath, 29, is a native of Amroha and was working as 'Mufti' (a Muslim legal expert empowered to give rulings on religious matters) in a Madrasa at Hakim Mahtab Uddin Hashmi Road, Amroha, UP. He was staying at Jaffrabad, Delhi, and had tasked other team members to procure arms, explosives and other accessories to prepare IED’s and pipe-bombs. Saqib Iftekar (26), from Uttar Pradesh's Hapur, was working as Imam in Jama Masjid, Baksar, Uttar Pradesh. He helped the master-mind Suhail in procuring weapons.

''Level of preparation suggests their aim was to carry out explosions in near future by remote control blasts and fidayeen attacks. This is a new ISIS-inspired module, they were in touch with a foreign agent. Their identities are yet to be established,'' NIA IG Alok Mittal had told reporters.

The NIA had also recovered a locally-made rocket launcher, material for suicide vests and 112 alarm clocks to be used as timers during its searches in Delhi and Uttar Pradesh.

The 10 arrested terror suspects, all in the age group of 20-35 years, were sent to judicial custody.

Those arrested include an engineering student of Amity University in Noida and a third-year graduate student in humanities in a university in Delhi as well as two welders.

According to sources, phones seized from the suspects arrested during raids in Uttar Pradesh's Jafarabad have revealed controversial chats detailing plans of attacking the Ram Janmabhoomi. It is reported that the WhatsApp chats have revealed that members of Harkat-ul-Harb-e-Islam were planning to carry out a fidayeen attack on November 29.

The NIA had said in a press conference that the terror group was building a network which had the objectives of radicalising people and carrying out a series of attacks across Delhi and Uttar Pradesh. 'We conducted searches at 17 locations in Uttar Pradesh and Delhi in connection with a new ISIS module styled as 'Harkat-ul-Harb-e-Islam' which was in an advanced stage of carrying out a series of blasts,'' NIA IG Alok Mittal had said. "Their targets were political persons and other important personalities and vital and security installations."

BJP lost 3 state elections but we are not defeated: Amit Shah