The thieves have stolen the rearview mirrors of high-end cars like Audi, Jaguar in Delhi's Greater Kailash, which has also been recorded in the CCTV cameras. At least 15 such thefts have been reported by the locals in the past month. The rearview mirrors were taken off from the cars that were reportedly parked in C, E, S and R blocks. 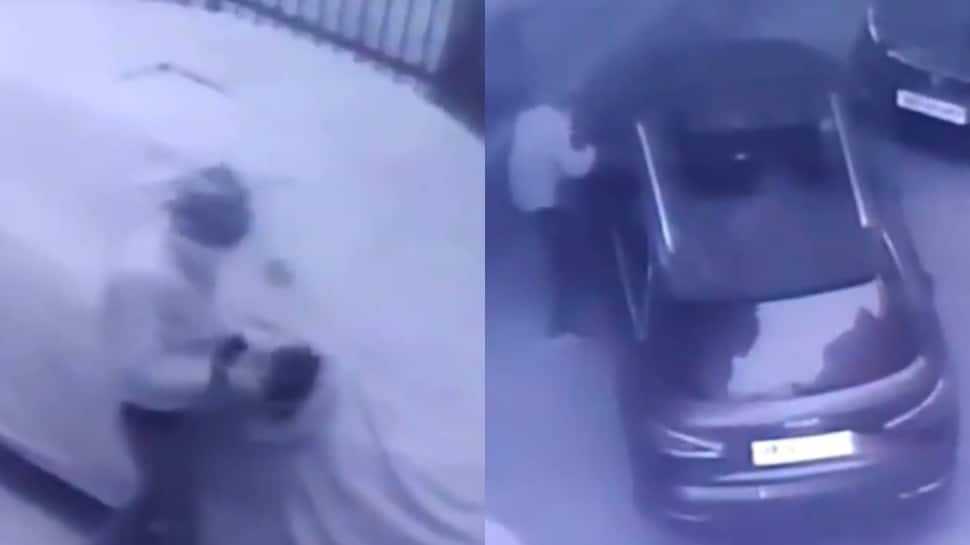 New Delhi: The Delhi Police has increased patrolling after reports of thieves stealing pricey side rearview mirrors of the vehicles have come up in the national capital.

The theft of the rearview mirrors of high-end cars like Audi, Jaguar in places like Lajpat Nagar and Greater Kailash in Delhi has also been recorded in the CCTV cameras.

In the past month, at least 15 such thefts have been reported by locals. pic.twitter.com/XYECXj7aZ3

In the video above, the covered car is a Jaguar, whereas the other one is an Audi Q3. These incidents took place in Lajpat Nagar's Vikram Vihar colony.

In the Greater Kailash area, at least 15 such thefts have been reported by the locals in the past month. The side rearview mirrors were taken off from the cars that were reportedly parked in C, E, S and R blocks.

MK Gupta, President of S block Residents Welfare Association (RWA), told Times of India, "Each mirror costs upwards of Rs 40,000. Despite reporting matters to the police, there has been no respite."

Gupta added, "Though police have increased patrolling and engaged staff in night and morning hours, incidents continue in the area. It seems these people come early in the morning on three-wheelers and complete their task in a few minutes."

"We are tracking the cases and will soon resolve them," a Delhi Police official was quoted as saying by Times of India.