Sources said that the 'chakka jam' would be followed by confrontation and attack on policemen and the general public. 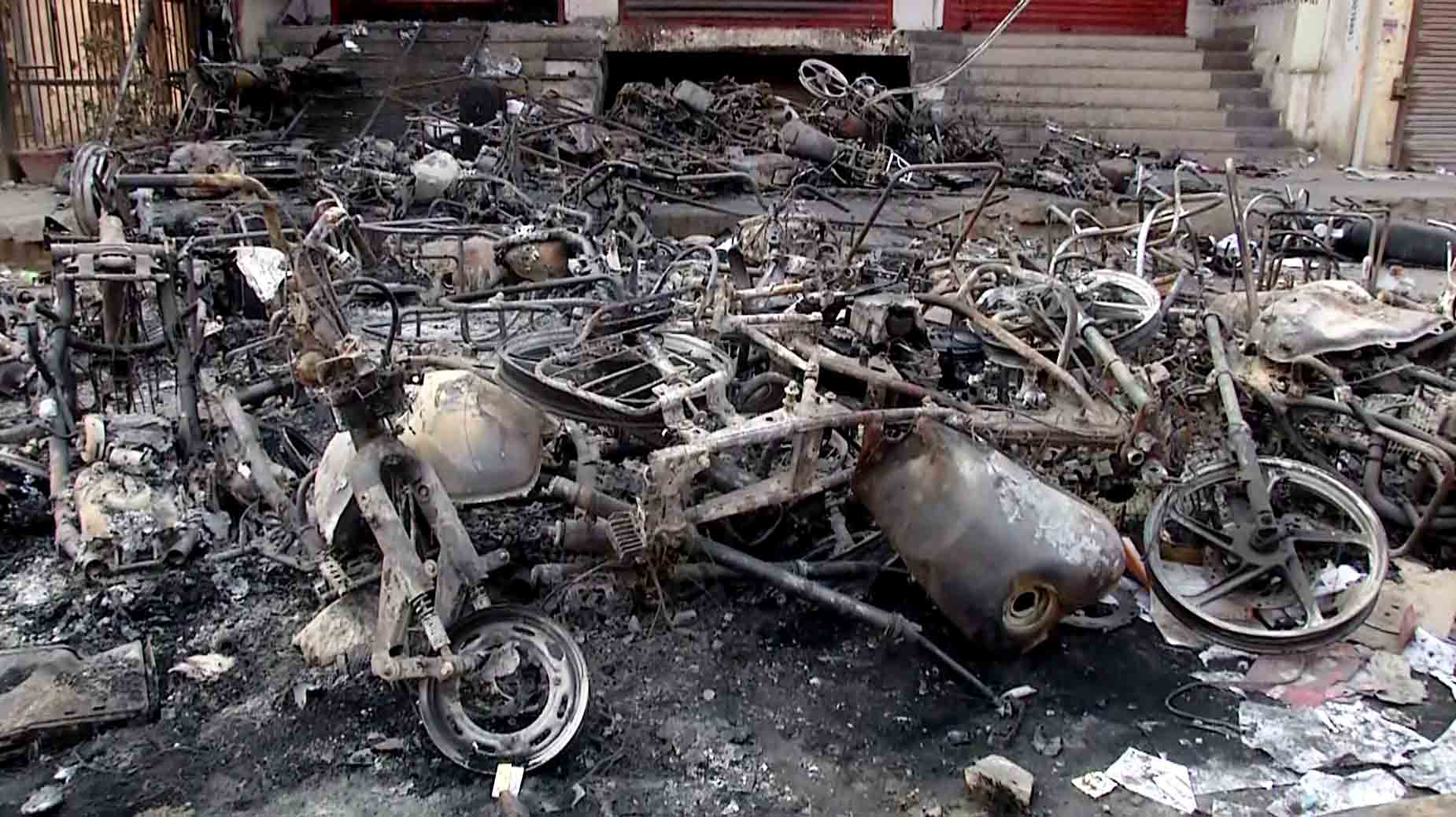 New Delhi: The Delhi Police Special Cell on September 16 had filed over a 17,000-page charge sheet in connection with the Delhi riots case against 15 accused under the Unlawful Activities (Prevention) Act, Indian Penal Code, and Arms Act, and the recent reports reveal shocking details about the same.

According to sources, the riots that broke out on February 24 this year that left at least 53 people dead and injured more than 500 were well planned. The key conspirators had made up their mind that the final showdown of the pan Delhi protests will be executed in North-East, Shahdara, and South districts with the areas of Chand Bagh and Jafrabad as the initial hotspots.

Sources told Zee News that a secret meeting was held at the Chand Bagh area in the national capital on the intervening night of February 16-17, eight days before the clashes took place between the supporters of the Citizenship (Amendment) Act and those against it.

There was a clear and cogent understanding between the key conspirators who attended this meeting that the protest sites located near Muslim dominated areas, would need to be shifted and converted into 'chakka jam' on carefully chosen locations in order to paralyze the normal movement of traffic and flow of life.

Sources said that the 'chakka jam' would be followed by confrontation and attack on policemen and the general public along with the damage and destruction of public property by use of arson and other methods.

As per sources, Mohd Ayub, Shadab Ahmad, Mohd Saleem Khan and Ibrahim who have been arrested for the murder of Delhi Police Head Constable Ratan Lal, were all present in the secret meeting.

All these were also reportedly in regular contact with either one or more than one of the other conspirators namely Mohd Athar, Nazam-Ul-Hassan, Salim Malik (Munna), Suleman Siddiqui, Salim Khan, Rizwan Siddiqui, Devangana Kalita, Ayub, Shreya, Upasana, Zakir, Tasleem, and Rashid.

It is said that the task to kill a non-Muslim was assigned to Mohd Mustaqueem by Rashid on the day of the murder.

Sources said that it is not a mere coincidence that while the weapon of the offence was financed by Tahir Hussain, the finance for cartridges used in the murder of Rahul Solanki came from Suleman Siddique.

On the other hand, Devangana Kalita, Gulfisha Fatima and Shadab Ahmad, all three who had also attended the meeting were in regular contacts with each other and were later arrested for different offences.

As per sources, Arshad Qayyum, arrested for rioting, was a regular contact of Ayub, who had also attended the meeting.

Apart from the above, an important bridge between the conspirators who were physically present in the meeting and the top masterminds' under whose watch and guidance this meeting had taken place was Nadeem Khan of United Against Hate (UAH) and DPSG (Delhi Protest Support Group).

It is on record that Rashid had texted Nadeem Khan at 02:36 am, while the meeting was in progress.

The exact exchanges in this communication are being ascertained and are under investigation.

Athar Khan, the key convener of this meeting, had received a telephone call from Rahul Roy (the documentary filmmaker who has also been named as the key conspirator) on February 23 at 12:18 hrs. At the same time when the final movements of 300 odd female protestors from Jahangir Puri who were to later precipitate the violence at Jafrabad was being coordinated between Tabrez, Janhvi Mittal and Rahul Roy.

The other shocking details reveal that on February 22 around 20:30 hrs, Janhavi Mittal made a call to Kusum Tabrez, wife of Tabrez which was immediately followed by three long calls made out to Rahul Roy. After getting complete information about the manpower and capabilities of the Jahangir Puri protestors, Rahul called back Janhavi and they spoke for about 20 minutes to set the stage for what was to happen on February 23.

Subsequently, on February 23 at 8:41 hrs, Tabrez called up Janhavi and gave an assessment of the manpower and logistics available with him after which Janhavi then directed him to make a move towards Shaheen Bagh protest site.

It is important to understand the motive for which about 300 female protestors from Jahangir Puri were dispatched to Shaheen Bagh and not directly to North East Delhi where the planned riots were to take place later in the day.

By the time, Tabrez, commandeering 6 buses and 1 truck reached Mori Gate at 13:03 hrs, Janhavi called him up and told him that from Shaheen Bagh, he should take these people to Jafrabad. Before this at 10:30 hrs (about the time when Tabrez was arranging buses and loading protestors), Janhavi had called up Rahul and they had firmed up the plans over a call which lasted for more than 15 minutes.

After reaching Shaheen Bagh, where there was nothing to be done, Tabrez, as ordered, started travelling at about 16:30 hrs towards Jafrabad with 6 buses and 1 truck under his watch.

On February 23 at about 18:44 hrs, Rahul received a telephonic confirmation from Devangana Kalita of Pinjra Tod about the arrival of women folk from Jahangir Puri. Women numbering approximately 300 had precipitated violence at Jafrabad area by clashing with police personnel and pro-CAA protestors.

After lighting the initial spark, the same ladies were sent back to Jahangir Puri and their success was shared by Devangana Kalita in a telephonic call she made to Rahul Roy at 23:08 hrs.

The expenses incurred by Tabrez in hiring 7 vehicles were paid to him upon arrival at 66 Foota road by Devangana and Natasha Narwhal (who is also a member of Pinjra Tod).

Feluda, first CRISPR COVID-19 test, what is it and how it works