Lamba had resigned from Congress six years back to join AAP and she was later elected as an MLA from the Chandani Chowk seat in 2015. 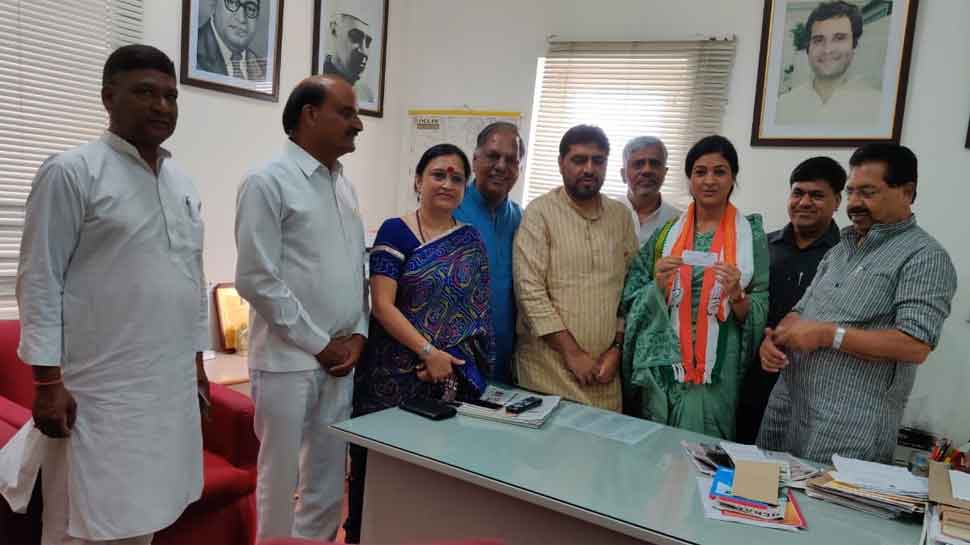 Delhi: Former Aam Aadmi Party (AAP) legislator Alka Lamba on Saturday rejoined Congress after days after she was disqualified from the Delhi Assembly on September 5.

Lamba officially joined the Congress party in presence of senior leader PC Chacko and others.

Lamba had resigned from Congress six years back to join AAP and she was later elected as an MLA from the Chandani Chowk seat in 2015. She was recently disqualified from the Delhi Assembly on grounds of defection by Speaker Ram Niwas Goel.

The disqualification was a result of Alka's objection to a decision to pass a resolution in the Delhi Assembly seeking revocation of Rajiv Gandhi`s Bharat Ratna.

Lamba had uploaded a video on September 6 on her official Twitter account were she announced her resignation from Aam Aadmi Party. In the video, Lamba also alleged that CM Arvind Kejriwal has no time to meet her so she had to announce her resignation through a video.

Same day after announcing her resignation, Lamba informed through her tweet that she will be taking primary membership of Congress in presence of intreim Congress president Sonia Gandhi.

Before taking the primary membership of Congress, Lamba had met Sonia Gandhi on September 3 and said that she had a long discussion with her.

The disgruntled AAP leader was not in good terms with the party leadership after she became MLA as Lamba was also removed from the official WhatsApp group of the MLAs.