General Bajwa made the statements while talking to soldiers during his visit to Sialkot Working Boundary on Sunday. 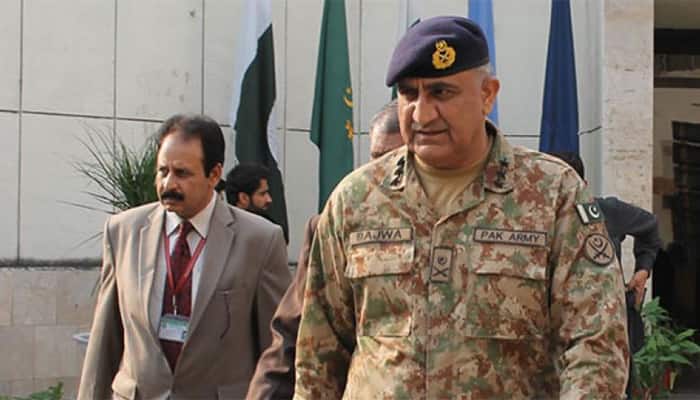 SIALKOT: Fearing retaliation from Indian Army in the aftermath of Pulwama terror attack, Pakistan Chief of the Army Staff (COAS) General Qamar Javed Bajwa on Sunday said that defending the nation is the most sacred act and the Pakistan Army will do everything possible to protect the country’s boundaries.

General Bajwa made the statements while talking to soldiers during his visit to Sialkot Working Boundary on Sunday. During his interaction with the soldiers, General Bajwa appreciated their high morale and state of readiness to protect the country from any danger.

The Pakistan Army chief boasted that the defence of the country was in strong hands and it was not easy to beat them.

“There is not anything more sacred than defending the motherland. I take pride in leading an army which is ever ready to perform this duty,” he said.

General Bajwa's visit to Sialkot Working Boundary sends a clear message that Pakistan Army is rattled and is trying to keep its morale up in case Indian forces decide to avenge the martyrdom of 40 CRPF personnel who were killed in Pulwama terror attack. The ghastly attack was carried out by a suicide bomber owing allegiance to Pakistan-based terror group Jaise-e-Mohammad.

“Pakistan is a peace-loving country but we cannot be intimidated or coerced. Any aggression or misadventure shall be paid back in the same coin," General Bajwa was quoted as saying by Dawn.

“We are a peace-loving nation, but if war is imposed on us, we will defend the aerial frontiers of our motherland at any cost. The Pakistan Air Force will thwart any misadventure by the enemy and is ready to respond with full force as per aspirations of the nation,” he said.