This is a case of narco-terrorism having national and international implications, says the notification issued by Home Ministry. 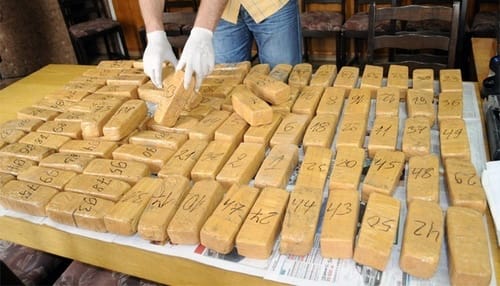 “This is a case of narco-terrorism having national and international implications that requires in-depth investigation. Also, the funding of different terror groups through the proceeds of drug consignments being smuggled from across the border needs to be investigated to unearth the international narco-terror link,” read the notification signed by Ministry of Home Affairs Under-Secretary Dharmender Kumar.

In the biggest ever drug haul, the Customs Department had on June 30 seized 532 kg of suspected heroin, worth Rs 2700 crore, which was being smuggled in a truck through the trade route at the Attari border.

The consignment of mixed narcotics was brought to Attari from Pakistan through Integrated Check Post (ICP) and was concealed under hundreds of bags of rock salt in the truck, officials had said.

Of the 600 bags which were recovered, 15 were suspected to contain narcotic material. On further examination of the 15 bags, it was found that they contained heroin of 532 kg and mixed narcotics of 52 kg, which were valued at Rs 2,700 crore.

After the consignment was found, Customs (Preventive) Commissioner Deepak Kumar Gupta had called it the biggest ever achievement in annals of the Indian Customs history.

The main accused in the case, Gurpinder Singh, died in police custody on Sunday. He was arrested in a raid by Customs Department at the Attari border in Punjab's Amritsar on June 30 and was reportedly sick for some time. He was lodged in Amritsar jail.

On Sunday morning, he started throwing up while brushing his teeth and was immediately rushed to a civil hospital. However, he died on the way.