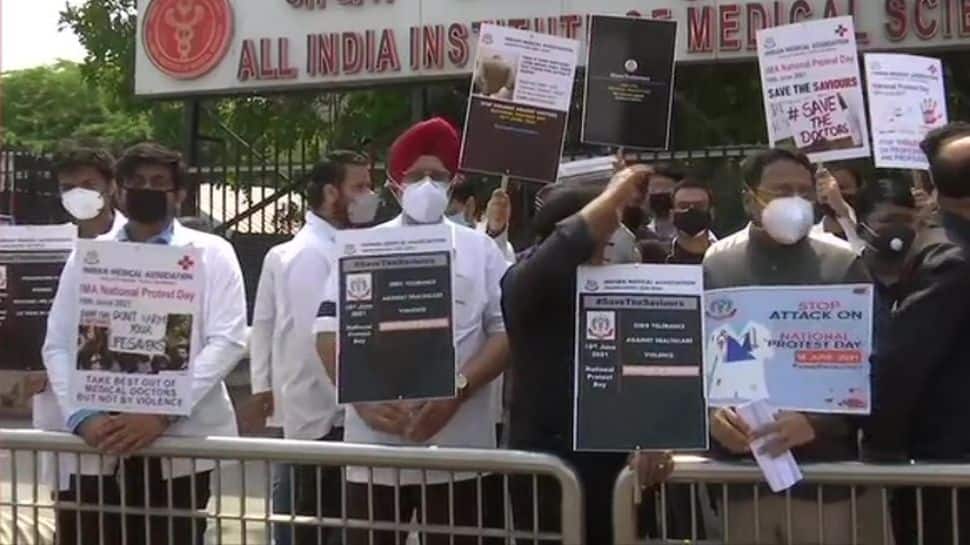 New Delhi: The Indian Medical Association (IMA) held a nationwide protest on Friday (June 18, 2021) demanding a central law dealing with violence against medicos in which over 350,000 doctors are going to participate.

In parts of Bihar and Kerala, doctors are closing their clinics in the morning to press for the demand of a central law against violence against doctors. In the evening, public interaction has been arranged to form a coordination team in each branch of IMA to stop such violence from taking place.

“We are deeply hurt to see increasing physical violence on doctors and healthcare professionals. It’s occurring day in and day out. The IMA is pressing for a central act against the violence," the IMA said in a statement earlier on Thursday. “The Health Services Personnel and Clinical Establishment (Prohibition of Violence and Damage to Property) Bill, 2019, which sought to impose a jail term up to 10 years for assaulting on-duty doctors and other healthcare professionals was dismissed by the Home Ministry saying the special law was not feasible as health is a state subject,” it said.

“There are many central health laws such as the PCPNDT Act and the Clinical Establishment Act. Currently, 21 states have local laws, but what we need is a strong central law to protect doctors from violence," the doctors’ body said.

IMA is going to submit memorandums to Prime Minister Narendra Modi, senior ministers including home minister Amit Shah. All branches of IMA would submit memoranda to local authorities. “All the 1,700 branches are organizing events to mark the protest. Students’ wings are very active on the event as they are the ones most concerned about how the issue is tackled and addressed," the IMA statement said.

“We demand that the government enhances security features in every hospital and declare hospitals as protected zones," the statement said. On the issue of Yoga guru Ramdev’s recent controversial comments, the IMA said a number of police complaints have been filed across the country for his “malafide statements, which, in our opinion, is against the interest of the citizens of the country".

“Accordingly, we have urged the prime minister to take appropriate action against him. We respect Ayurveda as part of our culture and ancient science and we never go out and criticize it… Our job is to ensure that they (patients) get treated in the best way possible. We are not interested in controversies," it said.