Rajnath Singh said that India has strengthened its cooperative engagements in the Indo-Pacific based on converging visions and values for promotion of peace, stability, and prosperity in the region. 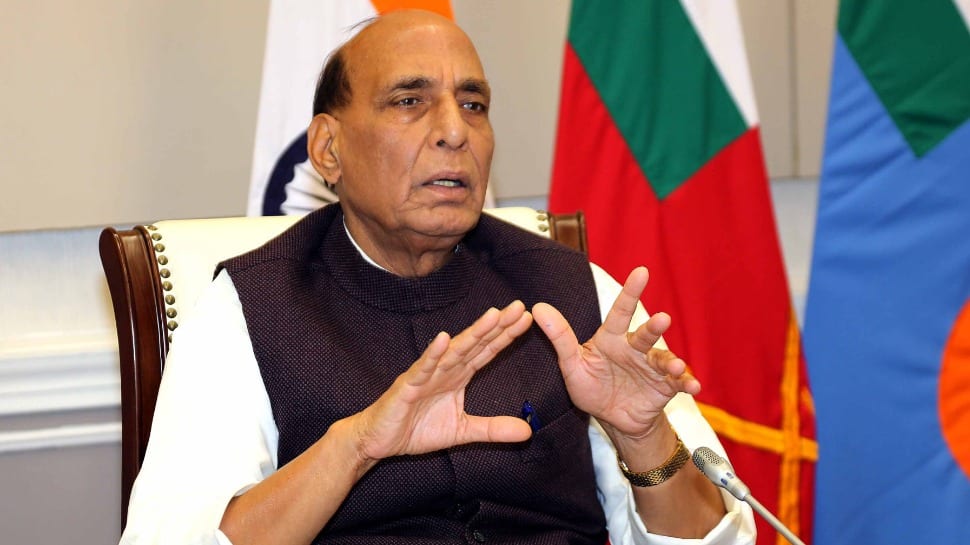 During the virtual address at the ASEAN Defence Ministers' Meeting Plus (ADMM-Plus), Singh said, "India calls for a free, open and inclusive order in the Indo-Pacific, based upon respect for sovereignty and territorial integrity of nations, peaceful resolution of disputes through dialogue and adherence to international rules and laws."

The Defence Minister stated that India has strengthened its cooperative engagements in the Indo-Pacific based on converging visions and values for the promotion of peace, stability, and prosperity in the region.

"Premised upon the centrality of ASEAN, India supports the utilization of ASEAN-led mechanisms as important platforms for the implementation of our shared vision for the Indo-Pacific," Singh added.

Rajnath Singh's comments come at a time when India marks one year of the Galwan Valley faceoff with China.

Remembering the #Bravehearts of #Galwan

Maj Gen Akash Kaushik, Officiating GOC #FireandFuryCorps laid a wreath at #Leh War Memorial & paid homage to #Bravehearts who laid down their lives at #Galwan on 15 Jun 2020 while fighting for the #Nation.#IndianArmy pic.twitter.com/qMayWT8mhY

The meet also saw the participation of defence ministers from China, Japan, Russia and the US Defence secretary.

During the address, Rajnath Singh expressed that India shares a deep connection with ASEAN and has continued its active engagement in many areas contributing to regional peace and stability, particularly through ASEAN led mechanisms, such as East Asia Summit, ASEAN Regional Forum and ADMM-Plus.

He also spoke on terrorism and radicalization and said that they are the gravest threats to peace and security that the world is facing today.

"As a member of the Financial Action Task Force (FATF), India remains committed to combat financing of terrorism," he said.

He also commented on the developments in the South China Sea and said that India supports freedom of navigation, over flight, and unimpeded commerce in these international waterways.

This is to be noted that the ADMM Plus is a significant platform involving 10 ASEAN member countries and eight dialogue partners - Australia, China, India, Japan, New Zealand, South Korea, Russia and the United States.