"About two I will tell you, but won't tell you about the third one," Singh told BJP's Shakti Kendra office bearers convention, as reported by news agency PTI. 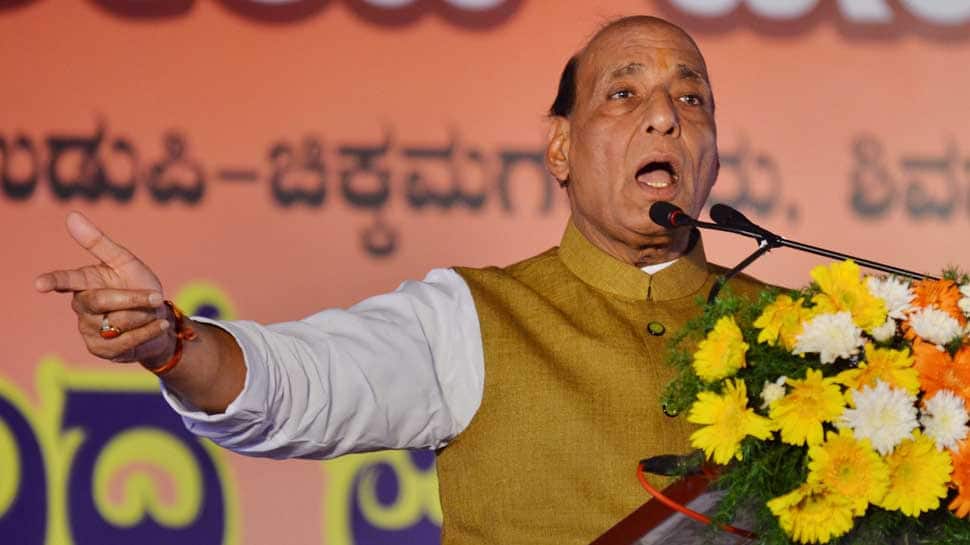 Union Home Minister Rajnath Singh on Saturday asserted India has carried out three cross-border strikes since 2014, adding that he won't reveal about the third strike.

Speaking at a meet at Mangaluru in Karnataka, the union minister spoke about the 2016 surgical strike that took place after the Uri terror attack and the air strike after the Pulwama suicide terror attack, in which 40 CRPF personnel were killed, but did not reveal about the third strike.

"I want to tell you, brothers and sisters, that in the last five years, we have gone beyond our borders thrice and our men have successfully conducted airstrikes. About two I will tell you, but won't tell you about the third one," Singh told BJP's Shakti Kendra office bearers convention, as reported by news agency PTI.

"One time you saw in Uri, terrorists who came from Pakistan killed our soldiers, who were sleeping at night, in a cowardly attack. After that, our soldiers also decided. Whatever happened after that you too know it very well, I need not tell....Now you are seeing. The first attack happened. The second one was air strike... happened after Pulwama attack. I won't give you information about the third one," the senior BJP leader added without giving details.

Singh asserted that the country is no longer a "weak India."

"...Leaving aside all our differences, we have to stand together. Time and again India has done this," he added.

In a preemptive and non-military airstrike on February 26, India destroyed the biggest training camp of Jaish-e-Mohammad (JeM) in Pakistan in a pre-dawn operation.

Indian troops had crossed the Line of Control (LoC) in September 2016 and launched a surgical strike on terror launch pads in Pakistan-occupied Kashmir (PoK) after Pakistani terrorists attacked the Army base in Uri, Jammu and Kashmir. Singh asserted that the Indian government had given a strong message to Pakistan after the Pulwama attack. He also said that Pakistan would have to pay a huge price if it continued promoting terrorism.

"The country will not provoke anyone, but will not leave anyone if provoked," he said.