Indian Navy keeps ships, aircraft on the ready as cyclonic storm intensifies over Bay of Bengal

Several Indian Navy ships have been equipped with additional inflatable boats and relief materials while teams of doctors and divers have been deputed on board as well. 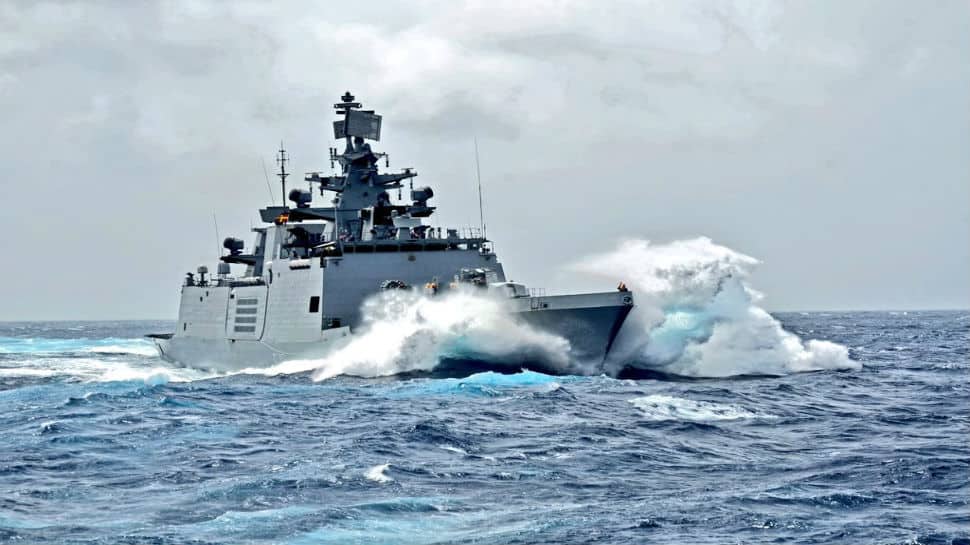 New Delhi: The Indian Navy is in a state of high alertness all along the country's Bay of Bengal coastline as cyclone storm 'Fani' intensifies over the Bay of Bengal.

The coastal states of Tamil Nadu, Andhra Pradesh, Odisha and West Bengal could witness heavy to very heavy rainfall accompanied by high-speed winds by Tuesday evening with the Indian Meteorological Department predicting a severe cyclonic storm. While locals all along the coastline in these states have been warned to get to safer grounds, the Indian Navy too is leaving nothing to chance. The Eastern Naval Command has assumed a high degree of readiness to render necessary humanitarian assistance if, when and where required. Ships in the area have been equipped with additional inflatable rubber boats and relied materials while additional divers and doctors have been put on board as well.

In addition, two aircraft are also on standby at Naval Air Stations INS Rajali at Arakkonam, Tamilnadu and INS Dega at Visakhapatnam. These aircraft have been tasked to carry out reconnaissance missions and may be used for rescue operations, casualty evacuation and airdrop of relief material if and when required.

Naval aircraft are also standing by at the Naval Air Stations INS Rajali at Arakkonam, Tamilnadu and INS Dega at Visakhapatnam, Andhra Pradesh to undertake reconnaissance, rescue, casualty evacuation and air drop of relief material to the stranded if required 4/4 pic.twitter.com/OsdawHII50

Meanwhile, the National Disaster Response Force is also on high alert while the Home Ministry has assured of all possible assistance to the four states most likely to be affected by the prevailing and upcoming conditions.

The IMD said that wind speeds are currently between 80kmph and 100 kmph over southeast Bay of Bengal and these could rise to 130kmph in the days to come. The sea off north Tamil Nadu and south Andhra Pradesh coast is especially expected to be rough.

News agency IANS reported that Fani is expected to move northwestwards till Wednesday and thereafter recurve north-northeastwards towards the Odisha coast.