A senior official in the security establishment told Zee News that Syed Ali Shah Geelani’s statement might have irked China. 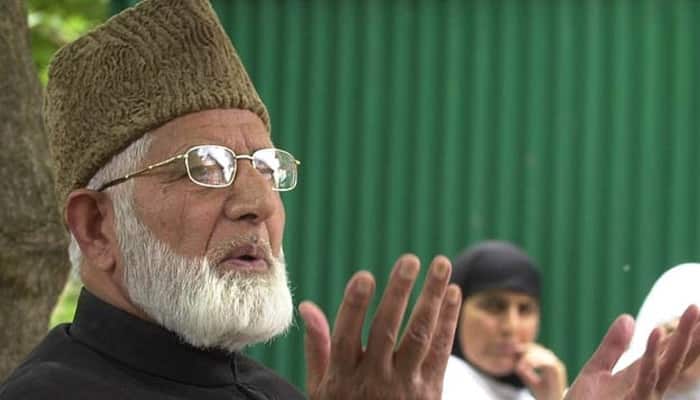 A statement by separatist leader Syed Ali Shah Geelani on the condition of Uighur Muslims in Xinjiang province of China may not have gone down well with the authorities in the neighbouring country. The chairman of the All Party Hurriyat Conference had recently said that China was “not behaving well” with Uighur Muslims and that they had been forced into camps forcibly.

A senior official in the security establishment told Zee News that Geelani’s statement might have irked China, who could now even ask Pakistan to distance itself from the separatists.

“Kashmiri separatist leader Syed Ali Shah Geelani's statement can be a source of trouble for China. While many Muslim countries, including Pakistan, are silent on Uighur Muslims, Geelani took a hard stand against China,” said the official.

He added, “China can ask Pakistan to distance itself from these separatist groups.”

It is a well-known fact that the separatists in Kashmir are used by Pakistan for anti-India activities. While China has always been silent on the alliance between Pakistani authorities and separatists, Geelani’s comments on Uighur Muslims is bound the invite angry reactions from Beijing.

The Muslim countries had said that China always respected human rights in the process of ending terrorism and extremism.

In China's Xinjiang Province, there have been reports of atrocities against Uighur Muslims since long. In some media reports, it was also claimed that the Chinese administration was keeping Muslims in the detention centres and making attempts to change their religious identity.

Many European countries and even the US have already condemned China over the same. And with this expression of resentment over the matter from Pakistan-backed Kashmiri separatist groups, it can be difficult to handle the situation for China.

“Muslims are forced to eat and drink during the day time at their work places. They are compelled to keep their hotels and eateries open despite their resistance. They are not allowed to perform their religious obligations like Salah and fasts,” Geelani had said in a statement issued to media.

According to media reports, people from Uighur communities have been prohibited from offering prayers and wearing burqas in China. Even during the month of Ramadan, Uighur people were not allowed to fast. China also imparts training to Uighur Muslims in dealing with religious fundamentalism in custody centres located in Xinjiang.