As the nation observes the 20th anniversary of its victory in ‘Operation Vijay', here's an account of how the Gorkha Regiment of the Indian Army recaptured the Khalubar Hills from the Pakistan-backed intruders. 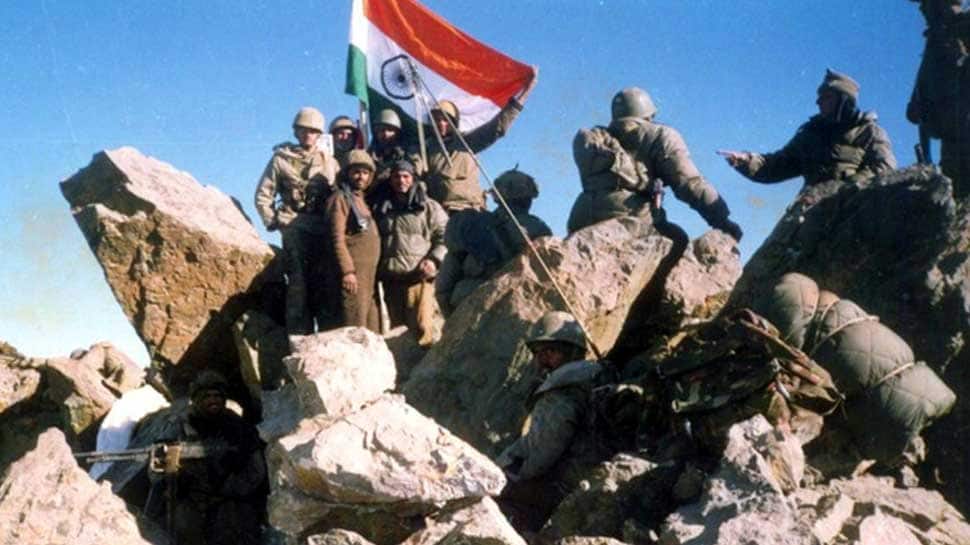 JAMMU: As the nation observes the 20th anniversary of its victory in ‘Operation Vijay’ popularly known as the ‘Kargil War’ and fondly remembers its fallen heroes, here's an account of how the Gorkha Regiment of the Indian Army recaptured the Khalubar Hills from the Pakistan-backed intruders.

On June 13, 1999, the Indian army was informed about the presence of around 700-800 intruders, who had secretly managed to infiltrate across the Line of Control by a group of local shepherds.

After verifying the information obtained from the local shepherds, the Indian Army later found out that the infiltrators had positioned themselves in key locations that gave them a strategic advantage during the start of the conflict.

The Indian Army was soon able to ascertain the points of incursion and launched "Operation Vijay" to reclaim the strategic locations which were captured by the intruders.

However, the task was initially difficult for the Army as it found that the Pakistani soldiers had disguised themselves too as intruders into key positions on the Indian side of the LoC, which serves as the de facto border between the two countries.

The Gorkha Regiment of the Indian Army was entrusted with the task of reclaiming the captured Indian positions from the Pakistani Army and the intruders. Lieutenant Manoj Kumar Pandey, who was part of the 1st battalion, 11 Gorkha Rifles, was asked to lead his unit on the mission on July 3.

During those days, Manoj was posted in Siachen and was preparing to go on leave. His leave was also sanctioned. But when the news of the intrusion by Pakistani intruders came, he got his leaves cancelled.

Subedar Sant Bahadur Rai, Ganesh Pradhan and Lal Kumar, who were also part of the 11 Gorkha Rifles unit, on Saturday revealed for the first time before TV cameras as to how their unit led by Lieutenant Manoj Pandey snatched the Khalubar hills – a strategic Indian position – from the Pakistani intruders.

Speaking to Zee News, they talked about the exemplary courage and leadership of Lieutenant Manoj Kumar Pandey and the supreme sacrifice he made for the country during the Kargil War in 1999.

Pandey attained martyrdom during the attack on Jubar Top, Khalubar Hills in Batalik Sector, Kargil but, before that, the brave officer destroyed several bunkers occupied by the enemy and killed many of them during the fierce gunfight.

Recalling their mission, the three jawans of the 11 Gorkha Rifles told Zee News how their unit led by Pandey forced the intruders to move back. He first led his men to capture the Jubar top which was considered as important due to its strategic location. On the night of 3 July 1999, Pandey's unit advanced to Khalubar, which was its final objective. However, it came under intense enemy fire from the surrounding heights.

Pandey himself proceeded to clear the enemy positions from the left.

Displaying great courage, Pandey surged ahead of his troops and charged at the enemy with a full-throated battle cry through a hail of bullets.

Fearlessly assaulting the first enemy position, he killed two enemy personnel and destroyed the second position by killing two more. He was seriously injured on the shoulder and legs while clearing the third position.

But without caring for his grievous injuries, Pandey continued to lead the assault on the fourth position urging his men and destroyed the same with a grenade, even as he got a fatal burst on his forehead.

But by this time, he had already captured the bunker along with his men.

It was the turning point of the war. Inspired by their leader's spontaneous valour, the Indian troops charged at the enemy and fell upon them and secured their position.

This daredevil act of Lieutenant Pandey and his men provided the critical firm base for the approaching army companies and finally led to the capture of Khalubar.

His last words were "Na Chhodnu" (which means "don't spare them" in Nepali).

Lieutenant Manoj Kumar Pandey, thus, displayed most conspicuous bravery, indomitable courage, outstanding leadership and devotion to duty and made the supreme sacrifice in the highest traditions of the Indian Army.

Pandey's bravery and leadership later earned him the tag of "Hero of Batalik". He was posthumously awarded India's highest military honour - the Param Vir Chakra, - for his courage and leadership during the Kargil Conflict.